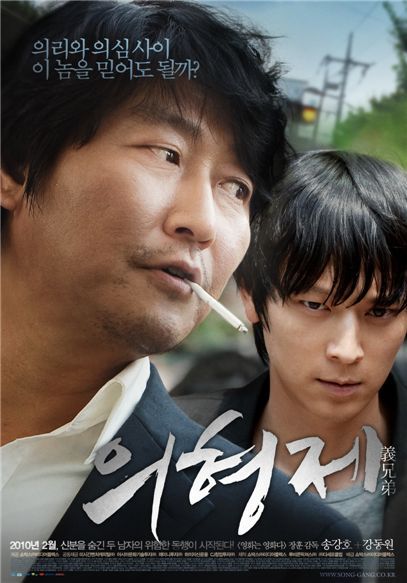 The action drama helmed by director Jang Hoon had competed against "The Man From Nowhere", "Moss", "JEON WOO CHI : The Taoist Wizard" and "The Housemaid - 2010".

"Secret Reunion", about the chance reencounter of a former South Korean intelligence official and North Korean spy, was the most-watched Korean film during the first half of 2010 with over 5.4 million moviegoers.

Meanwhile, director Kang Woo-seok of "Silmido" fame took the title for best director for his film adaptation of online comic series "Moss", also the name of his pic.

Its lead actor Jung Jae-young claimed the award for best actor up against Won Bin for "The Man From Nowhere", Park Hui-soon for "A Barefoot Dream", Gang Dong-won for "Secret Reunion" and Lee Byung-hun for "I Saw the Devil".

The prize for best actress was shared by Soo Ae for "Midnight FM" and veteran actress Yoon Jung-hee for "Poetry" after competing against nominees Kim Yun-jin for "Harmony", Seo Young-hee for "Bedevilled" and Jeon Do-yeon for "The Housemaid - 2010".

""Secret Reunion" wins best picture at Blue Dragon awards"
by HanCinema is licensed under a Creative Commons Attribution-Share Alike 3.0 Unported License.
Based on a work from this source