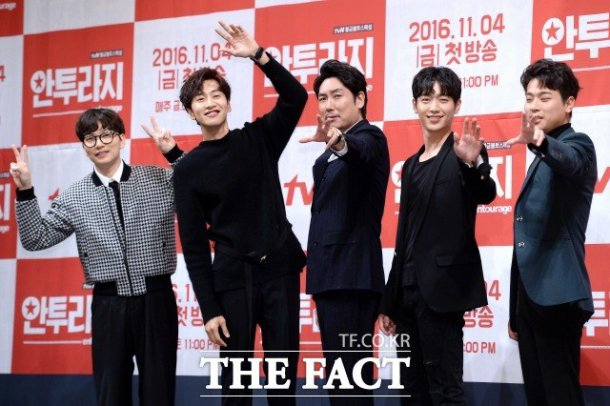 Cho Jin-woong, Seo Kang-joon, Lee Kwang-soo, Park Jung-min and Lee Dong-hwi have come together. Speculations of whether or not they would make a good team washed away after they displayed 'bromance' at the premiere of the drama.

The premiere was held on the 25th in Seoul. Director Jang Yeong-woo, writers Seo Jae-won and Kwon So-ra, and the cast Cho Jin-woong, Seo Kang-joon, Lee Kwang-soo and Park Jung-min were there.

The premiere started with highlights from the drama and led to photo time. Unlike usual premieres where individual pictures are taken before group pictures, the team took only group pictures to show their 'bromance'. The cast were energetic and bright wearing 'hip hop' style necklaces with the words 'Entourage' on them.

Questions and answers were exchanged soon after. Cho Jin-woong started off with his self introduction. 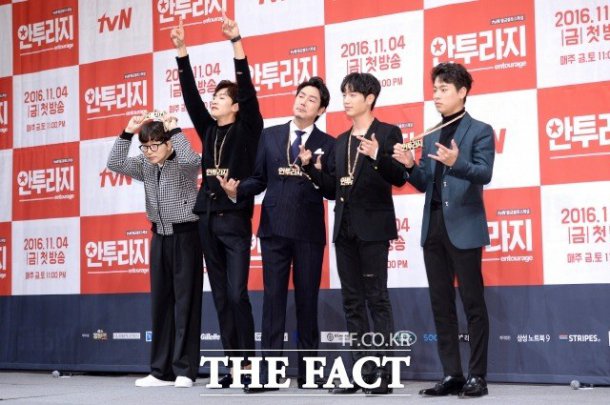 "Entourage" reflects on the daily lives of actor Yeong-bin (Seo Kang-joon) who is a rising star and his friends, Ho-jin (Park Jung-min), Joon (Lee Kwang-soo), Turtle (Lee Dong-hwi) and his management agency director Eun-gap (Cho Jin-woong). The drama has been pre-produced and it is mostly based in the entertainment showbiz.

Lee Kwang-soo said, "We are all different characters and I'm sure there are people who are like every single character. We had interviews with the producer and writer before making the drama and we used one of the happenings in the drama for real. We added conversations from dinner times into the drama". 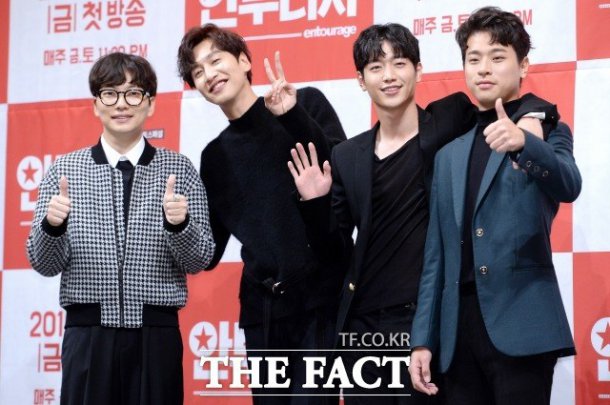 Park Jung-min who is a manager said, "I was cranky at my manager so I would like to say sorry first. I will try not to do that anymore. I love my manager and I will treat him well".

Lee Dong-hwi said, "I wonder if there really is a star named Cha Yeong-bin and Cha Joon. I might have really acted like 'Turtle'. I have no recollection of having been a turtle ever so it was hard to be one".

Seo Kang-joon said, "I admired the way Yeong-bin was so subjective in what he wants to do. I admire Yeong-bin". 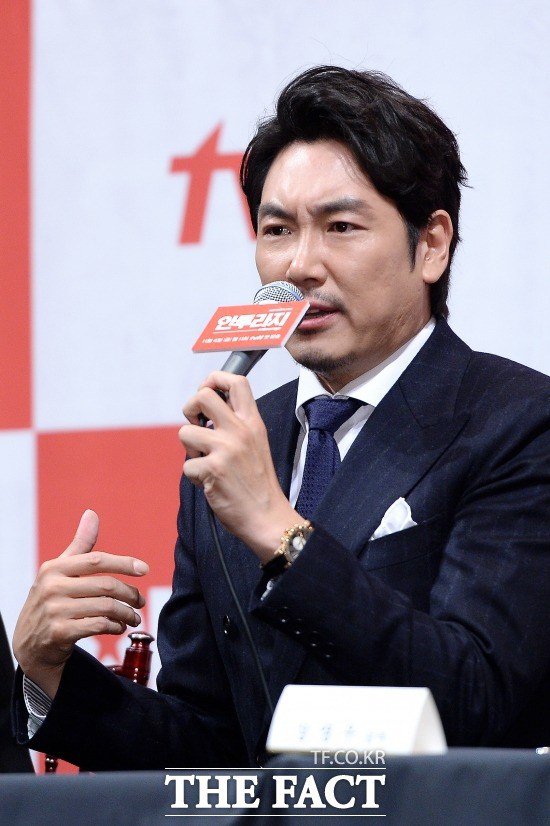 Cho Jin-woong said, "I realized a lot of things while acting as the director of a management agency. There was a time when I was denied a role in a movie and my director comforted me. That emotion melted into my role and now I realize why he said what he said".

Park Jung-min claimed he went to work even though he didn't have work to do because he wanted to see everyone on set.

Producer Jang Yeong-woo said, "This is the first time I enjoyed filming something so much. It was agony when it was over. I hope everyone enjoys the drama".

"[Photos] "Entourage" Cho Jin-woong, Seo Kang-joon and others, 'bromance'"
by HanCinema is licensed under a Creative Commons Attribution-Share Alike 3.0 Unported License.
Based on a work from this source