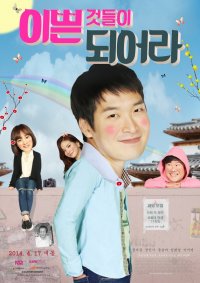 Synopsis
Be pretty no matter what they say!

Jeong-do became a Seoul University Law student with the support and sacrifice of his mother. However, ever since his mother passed away, he hasn't able to pass the bar exam for 10 years, as his rich girlfriend Jin-kyeong waits for him. To make matters worse, his father is fighting with lung cancer and he has medical bills to take care of. Then appears Kyeong-hee, a girl Jeong-do almost became siblings with due to his dad's affair with another woman...

View all 24 pictures for "The Legacy"

The Legacy | Videos | Suggest a video

The Legacy | Links | Suggest a link