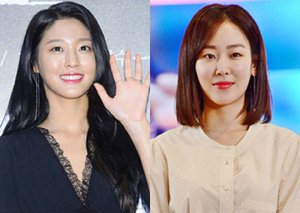 Seolhyun, a member of girl group AOA, and actress Seo Hyun-jin made donations to help victims of the recent earthquake in Pohang, North Gyeongsang Province.

The organization said it has received donations from many celebrities who mostly made them under their real names without identifying themselves.

"But we can usually tell, if the donation is particularly large, that it's from a celebrity", it said. "Celebrities including Yoo Jae-suk, Song Ji-hyo, Jang Dong-gun, Ko So-young, and Psy have donated generously, ranging from W10 million to W100 million, to earthquake victims".

"Seolhyun, Seo Hyun-jin Latest Stars to Donate to Quake Relief"
by HanCinema is licensed under a Creative Commons Attribution-Share Alike 3.0 Unported License.
Based on a work from this source