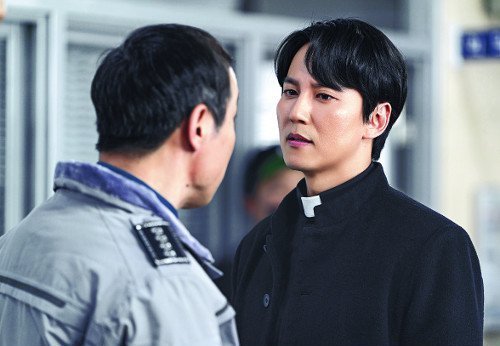 The background music for "The Fiery Priest" has us excited every once in a while. The lyrics to the title song "Our Neighborhood Hero" by NORAZO, synced with priest Kim Hae-il (Kim Nam-gil), who purified Gudam from evil, and the melody just made the drama that much more exciting.

Unlike the past, where dramas were focused mainly on the story alone, dramas these days are turning into comprehensive art. The music, the filming techniques, and the art of a drama require more attention than they used to before. The strategy is to secure a comparative advantage in the intense drama competition in order to secure viewers.

How is the background music made? Most go through several meetings and request several songs that fit the atmosphere. When the singer has been decided they go into recording, but the number of songs is quite a few. Someone in charge of OST for "The Fiery Priest" said, "We asked for a song that expresses Kim Hae-il's anger for his creators when we decided on "Our Neighborhood Hero". It was chosen out of 15 songs and 6~7 people. Looking at the whole list of OSTs about 6 songs were chosen out of 100". 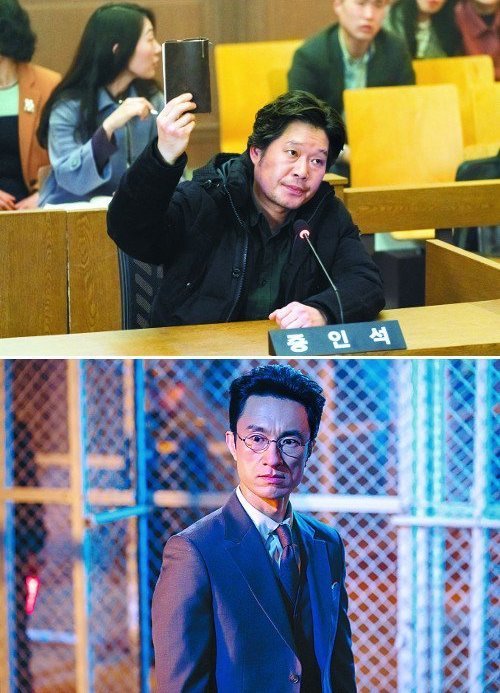 Eye-catching filming techniques are also a differentiating factor from other dramas. A couple of cases in point are the tvN dramas "Secret Forest" and "Confession - Drama" that continue the genealogy of well-made genres. "Confession - Drama" has been receiving favorable feedback with a 5% viewing rate thanks to the excellent performance of Lee Junho and Yoo Jae-myung, as well as the cinematic production.

The delicate sequence of legal scenes and thrillers make you especially immersed. Director of photography Kang Seung-gi said, "When it comes to emphasizing the thriller elements, we used the hand-held camera (which allows you to feel the shaking of the hand) to make blunt moves and save the vividness of the situation. On the other hand, legal scenes were filmed with a moving-camera, to capture the expressions of all the actors, and to try and connect the emotions to make viewers feel like they were in court themselves. While the former color sensitivity was mostly blue tone, the latter was colorless and realistic". "Doctor Prisoner", which cost about 10 billion in production costs, used an anamorphic lens for high-priced wide-screens to create a cinematic feel with excellent color.

The art director played a big role too. The quality of the drama depends on the quality of the set. "Doctor Prisoner" successfully stole the scene with a fresh visual of the prison. CP Hwang Eui-kyung said, "For most of the set except for the outside of the prison, we tried to blend reality and creativity. In order to save the ease of the camera moving and the three-dimensionality of the drama, we designed a double-decker prison that is not common in Korea. The addition of red, not gray, color to the prison walls was also an attempt to differentiate the entire atmosphere from ordinary criminals".

Park Min-young and Kim Jae-wook's "Her Private Life" is a story that takes place in an art museum, hence more attention was paid to the artifacts that were to appear in the drama. Producer Lee Sang-hee said, "We went through various discussions with galleries and artists to pick out 100 art pieces that will be shown throughout the first 8 episodes. We worked hard to make a set-up like a real art museum and select pictures that can make the characters stand out".

Thanks to this, viewers can see quality dramas in their home rooms. Drama critic Gong Hee-jung said, "Due to global OTT such as Netflix, the market has expanded and production technology has developed rapidly. Various backgrounds, including the increase in the number of domestic dramas produced, seem to have served as a catalyst to boost producers' desire to create".

"Production Costs Go up and Dramas Become Comprehensive Art"
by HanCinema is licensed under a Creative Commons Attribution-Share Alike 3.0 Unported License.
Based on a work from this source