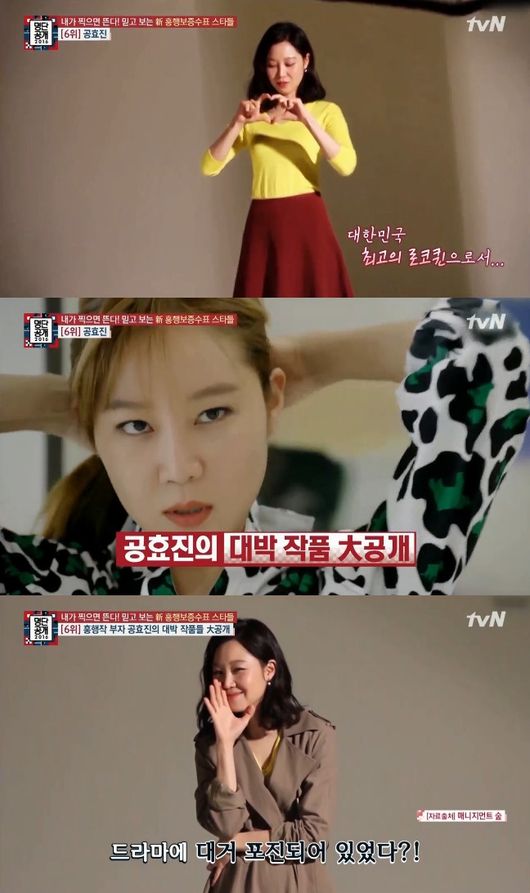 On the recent episode of tvN's 'List of Names', Gong Hyo-jin was ranked sixth on the list of stars who guarantee the success of their movies and dramas with their trustful names.

While Gong Hyo-jin's movies were not as successful as anticipated, she has never failed with her dramas so far. From her debut drama to "Pasta" and 'The Greatest Love' and also 'It's Okay, That's Love', 2014 co-starring Jo In-sung, there has been no single failure with any of the dramas starring her so far.

Hit after hit, Gong Hyo-jin shows off the immaculate result in her dramas and places her name as the greatest rom-com queen proudly.

"'List of Names' says Gong Hyo-jin is the queen of dramas"
by HanCinema is licensed under a Creative Commons Attribution-Share Alike 3.0 Unported License.
Based on a work from this source