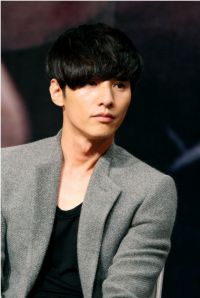 The violent action film "The Man From Nowhere" continues to draw crowds at the box office, staying at No. 3 in the sixth week after its release following three weeks at the top. According to statistics from the Korean Film Council, "The Man From Nowhere" has attracted 5.56 million viewers since its release, surpassing the year's previous record set by "Secret Reunion" in the spring.

It now ranks third among the highest-grossing R-rated movies in all time record following "Friend" and "Tazza: The High Rollers" which lured 8.18 million and 6.84 million viewers.

The film's star Won Bin said, "Because it was an action thriller, it required a lot of preparation. Three months before the shooting started, I began practicing handling of guns and knives from the very basic level until I could do it naturally. Because I had no previous experience of action films, it was interesting and fun to experiment with new moves".

The plot is simple, following the lonely struggle of a mysterious man who tries to save the girl next door, who has been kidnapped by a criminal organization. Won, who had mostly played boyish leads, successfully transformed himself into a more rugged action star.

But Won points to the warmth of emotions behind the action. "The protagonist never shouts or wears his feelings on his sleeve. He suppresses his emotions. The love of a man who would risk his life for someone who is neither family nor a relative really touched me, and I was attracted to the character for that reason", he says.

The real driving force behind the success is that women, who are generally averse to action-packed or violent films, were drawn to the theatres by Won's allure. A spokesman for the distributors said, "The number of women viewers keeps increasing. The credit also goes to young women who come to cinema to watch the film two or three times".