YB: 'We were Comforted with Song Meant to Comfort Others' 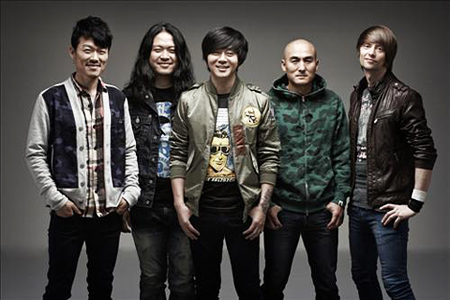 The band YB released a mini album entitled "Blue Whale" which includes various music from different genres including trot. The group leader Yoon Do-hyun said, "As we can see that more people are saying that life is becoming tough, we wanted to create music that can heal those people. But we could also be comforted while singing. It was our first time to sing a song in tears". YB, which has been presenting something new recently, released "Blue Whale", which contains warm comfort and witty settings. It has been one year and four months since they released a project album entitled "YB vs RRM" last year in July.

The band members came to a cafe in Hapjeongsong to give an interview and introduced the album by saying, "We wanted to present music that only YB can present and the music that can give a little comfort to people". As the members introduced the album, the unconventional setting coexisted with a warm atmosphere. Discussed were songs such as "Love Is Like Car Accident" that talks about love with witty expressions and funky rock music mixed with trot rhythm, and the song entitled "Find Out the Man who Is Stealing Dreams" that can reflect a scene from an animation movie present freshness by breaking the rules of rock music. And the title song "Blue Whale" and the remake song "I Am Butterfly" deliver a message of hope. "Blue Whale" particularly sounds special. This impressive song with a strong and calm sound produced by forty orchestra members tells a story of a blue whale that has a huge body with 30 meter length and 150 tons of weight but never hurts other animals. It has lyrics saying, "Someday we want to go outside this world like blue whales and live this world with no worries like blue whales". Yoon Do-hyun said, "I made this song after watching a documentary program. The blue whale is the largest animal in this world, but it never eats other animals and eats only plankton and krill instead. They make unique sounds when they want to court as if they were singing, and it sounds very romantic. Their appearance of living their peaceful lives instead of becoming powerful creatures looks completely contrary to our society". Asked whether they had tried to deliver a certain message with the song, Yoon answered, "We just wanted to create music that can heal something instead of delivering any message, but actually we could gain comfort and we could be healed while producing this song. When I first sang 'Blue Whale' on the music program 'Yoon Do-hyun's Must' on M.net, I cried, and it was the first time for me to cry while singing (smile)". Drummer Kim Jin-won said, "Most of the people who listened to 'Blue Whale' say that they shed tears, but I never expected that Yoon would cry (laugh)". 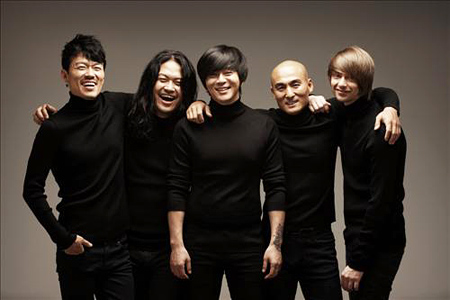 Asked about how they had come to produce the trot song "Love Is Like Car Accident" that can effectively present Yoon Do-hyun's particular way of singing, Yoon Do-hyun answered, "We thought that we wanted to do something that only Korean band can perform because we have realized while we were holding activities overseas that we have to present our own music that the other artists from England and America cannot do. Combining rock with trot was the most experimental trial that we could do". He continued, "Trot songs could sound immature if we could not present the beauty of the trot genre very well, but the song seems to sound much better than we had expected". He explained that his previous experiences of arranging songs in various ways when he appeared on the program "I Am Singer" helped him very much. The song entitled "Find Out the Man who Is Stealing Dreams" was created from scribbles made by Yoon Do-hyun's seven-year-old daughter named Yi-jung. Yoon Do-hyun said, "My daughter wrote on the board 'Find out someone who is stealing dreams', and I wondered what it meant. Her answer was very shocking to me. She said, 'You have to watch out because someone can steal your dreams, too.' I can learn many things while raising my child (laugh). Children are brave and they are really artistic. My daughter is a role model to me". The album includes songs "I Am Butterfly" and "It Burns" that were originally included in his seventh album and gained huge love from people when he sang the songs on the MBC program "I Am Singer". Yoon Do-hyun said, "I personally like these songs. They could not receive favorable responses when they were released at first, but they became YB's representative songs through 'I Am Singer' (laugh). These songs have been evolving after many times of our performances, so we wanted to perform these songs again with our current version. In addition, these songs are well matched to the concept of this album, which is 'healing.'" YB's music that usually deals with social issues has changed in this album focusing on "healing", and the band members all laughed, saying, "We just perform music that we want to present". Yoon Do-hyun said, "We wanted to produce experimental music this time. Our official album could be different because the official album usually contains many songs and they can naturally deliver a message. But nobody knows. One thing that is clear is that we present our music that we want to do at the moment". 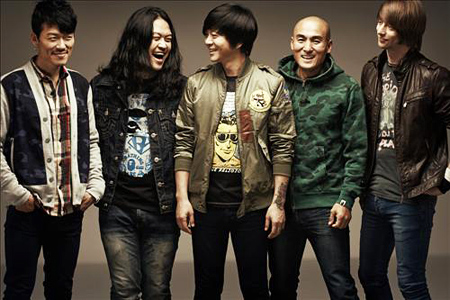 YB decided to employ a guest member, a British guitarist named Scott Hellowell, as their official member. Kim Jin-won said, "We first met Scott in 2005 through singer Tomi Kita (Yoon Jin Ho)'s introduction. After our first meeting, we had come to perform together several times on the stage, and we found that he could create harmony with us as well as he was very energetic. So he began to perform together from 2009 as our guest member, and he became our official member this time. He is a very talented person as he is good at performing Taekwondo and drawing". Yoon Do-hyun said, "The interesting thing is that we began to present Korean style music after a British member joined us (laugh). We have the 'third ears', so we can easily find out whether our music is really our own music or whether it is similar to music from overseas. We can broaden our point of view on music because Scott let us listen to many kinds of music from other artists whom we barely know". Scott said after the other members' comments, "I like YB because it always tries to present new music and grows up based on it". 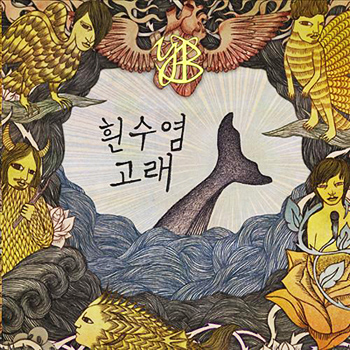 YB will hold a year-end concert at Olympic Stadium from December 30 until 31 to present new songs included in this album. The members said, "We will present the best we can do. We prepared standing seats for the first time for our own solo concert, so we are highly anticipating our concert. We will show a spectacular performance by mixing various music genres on a splendid stage. You can look forward to our concert".

"YB: 'We were Comforted with Song Meant to Comfort Others'"
by HanCinema is licensed under a Creative Commons Attribution-Share Alike 3.0 Unported License.
Based on a work from this source