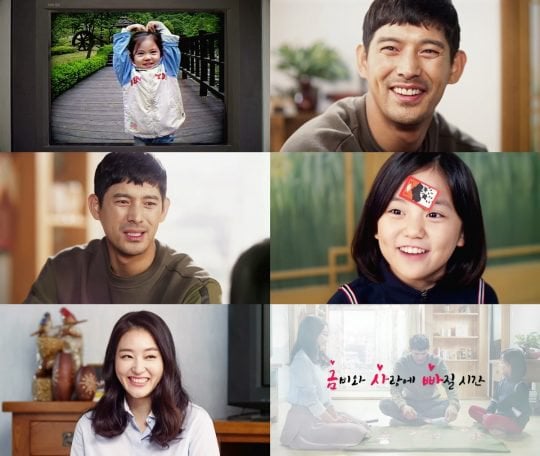 "Oh My Geum-bi" released a teaser that seemed touching at first but ended in comedy.

Looking back at the videos of Geum-bi younger than she is now, Hwi-cheol's eyes are watery but his mouth is smiling. However, the scene is interrupted by a sound of a 'slap' and that's Geum-bi playing Hwatu.

She sticks a Hwatu card on her forehead and says to her dad, "You owe me three times more, give me my money". Ko Kang-hee (Park Jin-hee) is watching them, as if they are fun to watch.

The teaser was shot on the 21st of last month. Heo Jung-eun became the cutest Hwatu player in the world and everyone including the staff and crew watched her with smiles on their faces.

Apparently, playing Hwatu is good for Niemann-Pick disease and the scene reflects on the three people's relationship.

"Oh My Geum-bi" is the story of a father who takes care of his child with child's Alzheimer's and goes from being a loser to a true dad. The drama is written by Jeon Ho-seong and Lee Myeong-hee and directed by Kim Yeong-jo.

"[Video] "Oh My Geum-bi" Oh Ji-ho, Heo Jung-eun, Park Jin-hee's teaser"
by HanCinema is licensed under a Creative Commons Attribution-Share Alike 3.0 Unported License.
Based on a work from this source