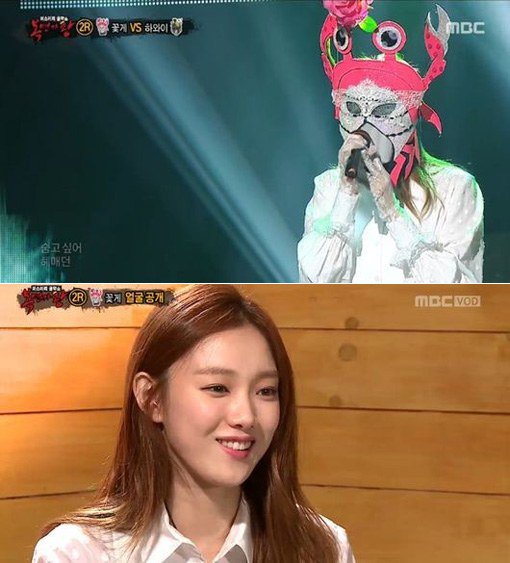 Former model and current actress Lee Sung-kyung starred in the MBC TV show "Masked Singer" and drew all the attention.

She nicknamed herself, 'the Flowery Crab' and fooled the judges. She was assumed to be Nana from After School but revealed her face in the second round and shocked everyone.

Lee Sung-kyung is currently starring in the MBC weekend drama, "The Queen's Flower" but she's also been asked to star in "Masked Singer". Her talent for singing was recognized in the KBS 2TV show "Happy Together".

However, rookie actress Lee Sung-kyung worried about the side effect she might bring to the drama if she starred in it. The drama is currently headed towards the end and she needed to focus. However, those who have seen her sing whenever she can told her she needed to go and participate in "Masked Singer" and so she did. She didn't make it after second round but he talent was recognized.

"[Video] Lee Sung-kyung's singing talent"
by HanCinema is licensed under a Creative Commons Attribution-Share Alike 3.0 Unported License.
Based on a work from this source