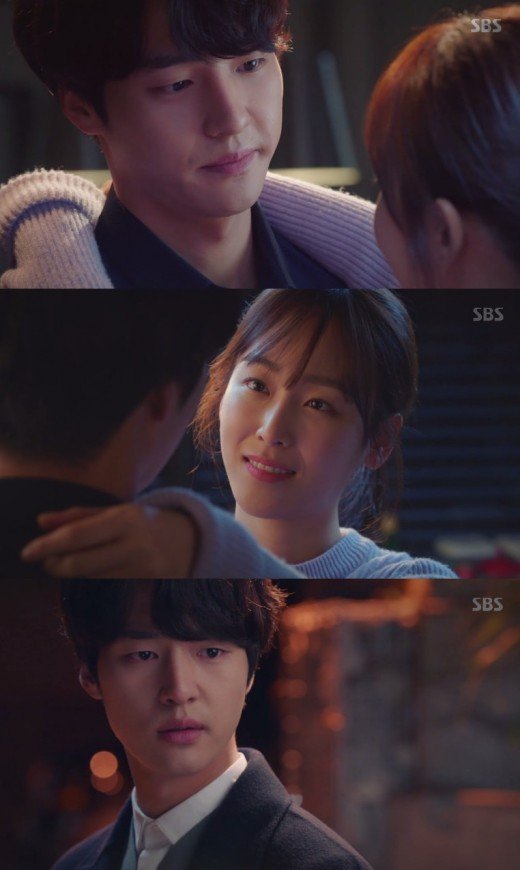 On the latest episode of the SBS drama "The Temperature of Love", Hyeon-soo (Seo Hyun-jin) felt alone while Jeong-seon (Yang Se-jong) grew through his issues.

As promised, Jeong-son cancelled the contract he had with Jeong-woo (Kim Jae-wook) and said, "I don't like people who cause harm to those they love". He was talking about himself bringing harm to Hyeon-soo and Jeong-woo.

Jeong-woo gave Jeong-seon a chance to change his mind, but he turned it down. He said, "I'll do it my way and I'll even pay off mom's debts. Tell me how much they are". He even turned down a handshake.

Previously, Hyeon-soo had asked Jeong-seon to live with her, but he turned her down saying she didn't have to sacrifice herself for him.

Hyeon-soo was upset and Mina (Jung Ae-ri) asked why that made her feel upset and that she should be happy he was trying to be so responsible. Hyeon-soo said, "I also want to be responsible".

Hyeon-soo continued, "I thought about when I started loving Jeong-seon and I think it was the moment he asked me out when we first met. I should have known then".

Hyeon-soo's work "Good Soup" was finally confirmed to become a drama and she worked with Jeong-woo and Joon-ha (Ji Il-joo). She received a call while eating dinner and she left with an excited face. Joon-ha said, "I've known her for 10 years and I still can't get used to her being like that. There is love indeed". Jeong-woo felt bitter on the other hand.

Jeong-seon made a solid confession to Hyeon-soo and said, "I am not going anywhere so don't worry about us". He was going to challenge himself to get a Michelin rating.

"[Spoiler] "The Temperature of Love" Yang Se-jong and Seo Hyun-jin's relationship on the rocks"
by HanCinema is licensed under a Creative Commons Attribution-Share Alike 3.0 Unported License.
Based on a work from this source