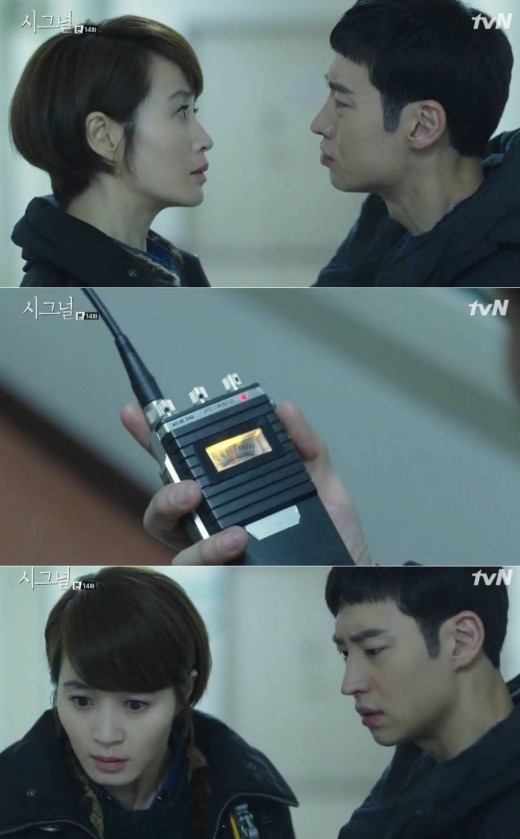 On the 14th episode of tvN's Friday & Saturday drama, "Signal", Cha Soo-hyeon (Kim Hye-soo) was shocked when she saw Park Hae-yeong (Lee Je-hoon) and Lee Jae-han (Cho Jin-woong) communicating with each other through the old walkie-talkie.

Soo-hyeon was shocked when she heard Lee Jae-han's voice from the walkie-talkie as it was turned on all of sudden.

Hae-yeong revealed to Soo-hyeon that the one who had informed him about the corpse under the manhole of the mental hospital was detective Lee Jae-han.

Now that Soo-hyeon figured out everything that had been going on, whether or not she would be able to save Lee Jae-han as well Park Hae-yeong's older brother is drawing attention.

"[Spoiler] 'Signal' Kim Hye-soo finds out about walkie-talkie"
by HanCinema is licensed under a Creative Commons Attribution-Share Alike 3.0 Unported License.
Based on a work from this source