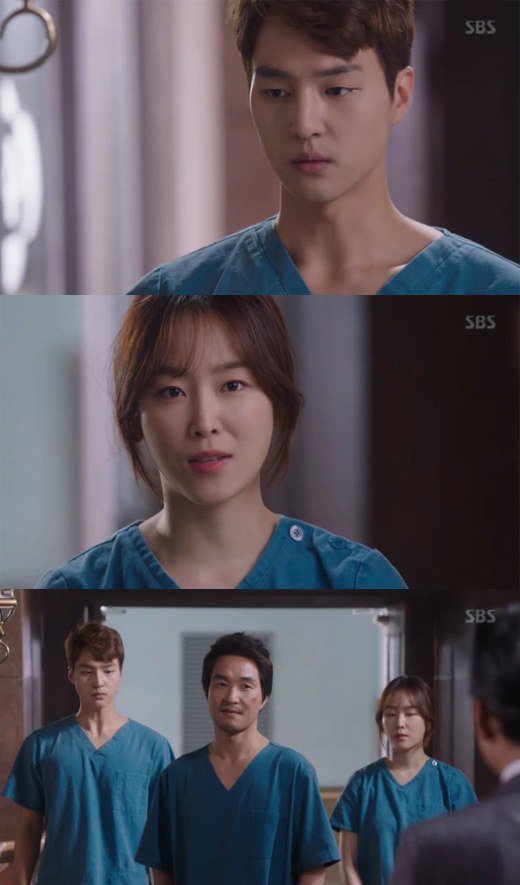 However, neither Kim Sa-bu (Han Suk-kyu) nor Kang Dong-joo (Yoo Yeon-seok) were there. The driver needed an emergency operation so Do In-beom said he would do it and Yoon Seo-jeong assisted him.

They completed the surgery by Kim Sa-bu was mad that an unregistered doctor performed surgery. Yoon Seo-jeong covered for Do In-beom by saying, "I asked him to do it".

Do Yoon-hwan (Choi Jin-ho), the chairman of Geodae Hospital, was surprised to hear that his son performed surgery there and that Yoon Seo-jeong who suddenly disappeared, was there.

"[Spoiler] "Dr. Romantic" Seo Hyun-jin lies for Yang Se-jong, "I asked him to cover surgery""
by HanCinema is licensed under a Creative Commons Attribution-Share Alike 3.0 Unported License.
Based on a work from this source