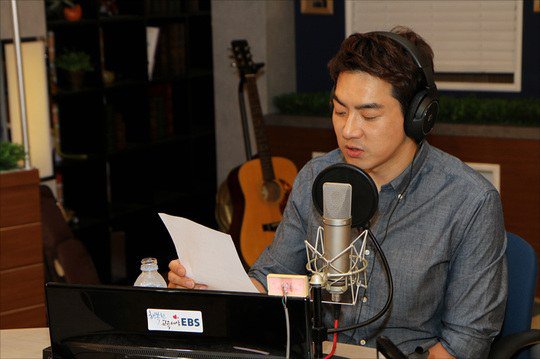 He will be reading a novel by Song Yeong called, "Stonemason".

"100 Actors, Read Korean Literature" is a project that re-highlights the past 100 years. 100 actors in Korea will be narrating 100 short and long modern day novels. "100 Actors, Read Korean Literature" was published as an audio book in May last year and actors and actresses Park Jeong-ja, Yang Hee-kyung, Moon Sung-geun, Jung Bo-suk, Jung Jin-young and Kwon Hae-hyo narrated them.

Song Il-gooks share of the narration will be broadcast from the 14th of January to the 18th. The replay is on the same day from 1:20AM onwards and on Sunday, the whole narration can be heard again from 9PM to 11PM.

"100 Actors, Read Korean Literature" is collaborated by Communications Books, Korean Actors Welfare Association and EBS and it can be heard on the radio at 104.5MHz, Internet radio or smart phone application Bandi and Kakao Page.

"Song Il-gook to narrate Korean literature"
by HanCinema is licensed under a Creative Commons Attribution-Share Alike 3.0 Unported License.
Based on a work from this source