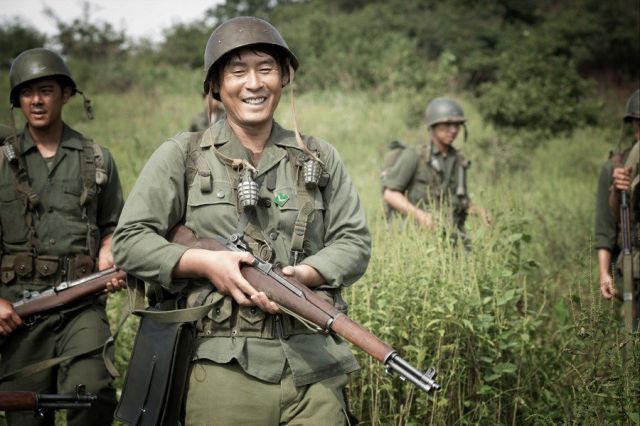 Stills of the set have been released.

"Western Front" started filming on the 5th in Yangju. It's being directed by Cheon Seong-il, an award winning director who directed "My Girlfriend is an Agent", which holds a record of 4 million viewers. And "The Slave Hunters", which won him the Best Script and Writer award at the Baeksang Awards. The script he wrote for the recent film "Pirates" is currently past 8 million viewers.

Pictures of the actors show them dressed up as Nam-bok and Yeong-gwang. Sol Kyung-gu plays Nam-bok, a South Korean soldier who delivers secret messages and Yeo Jin-goo is a young soldier named Yeong-gwang.

The director says, "The primary purpose of the movie is to present excitement to the audience". Yeo Jin-goo said, "I was very nervous for the first shoot, but everyone was kind and caring so I was able to relax. There are some dangerous scenes in the movie and I hope no one gets hurt".

"Western Front" is about two soldiers from the North and South Koreas meeting at the Western Front in the 1953 Korean War. 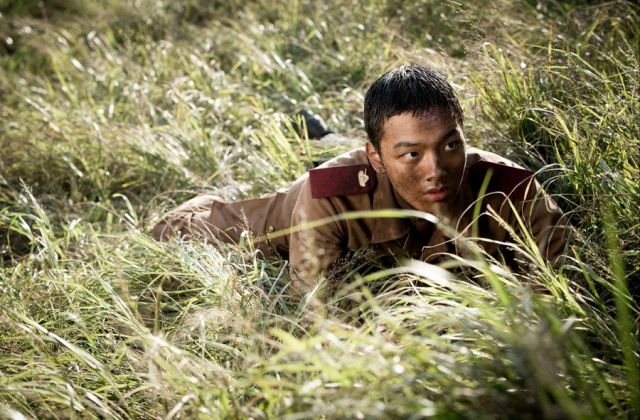 "Sol Kyung-gu and Yeo Jin-goo's first filming of "Western Front""
by HanCinema is licensed under a Creative Commons Attribution-Share Alike 3.0 Unported License.
Based on a work from this source