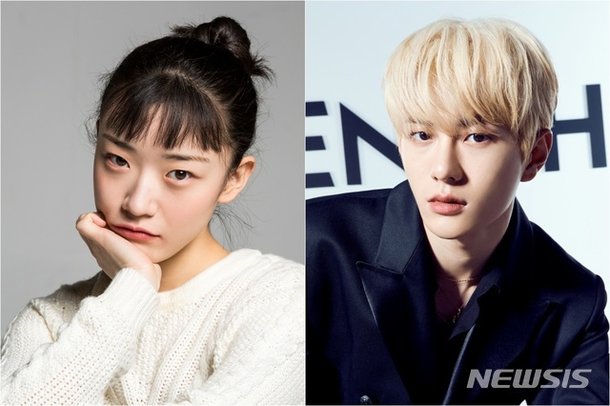 Kakao Original drama "Shadow Beauty" is based on a Kakao Page webtoon of the same name. The original has 700,000 readers with a viewing rate of 9.1 points.

Goo Ae-jin, a non-existent student with an appearance complex lives a double life as 'Jini', a celebrity with 770,000 followers on social media in "Shadow Beauty".

Shim Dal-gi plays Goo Ae-jin, the main character who leads a double life as 'Jini', a social media star who exaggerates her picture corrections. Shim Dal-gi has starred in movies and dramas such as "Persona", "Tune in for Love", "The School Nurse Files", "Samjin Company English Class", "Dust-Man" and more.

Choi Bomin plays Kim Ho-in, the president of Goo Ae-jin's class. He looks like an exemplary student but is hard to read. Along with Golden Child activities, Choi Bomin balanced out acting in "18 Again", "A-TEEN 2", "Melting Me Softly" and more.

"Shadow Beauty" will be revealed on Kakao TV as 13 episodes, 20 minutes long each.