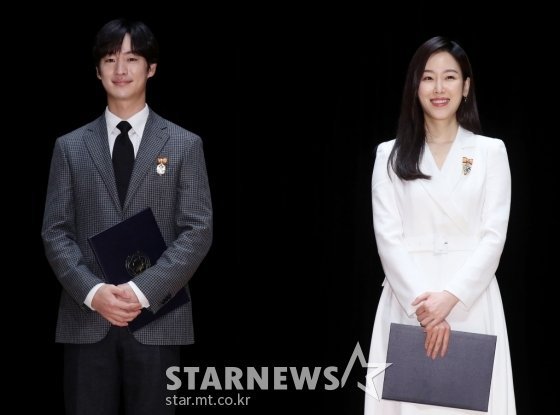 Actress Seo Hyun-jin and actor Lee Je-hoon were awarded a presidential award for being Best Taxpayers.

They attended the 53rd Taxpayer's Day Ceremony and were honored by the president in recognition of their hard work in paying taxes.

Seo Hyun-jin and Lee Je-hoon have achieved this result by doing their duty to the public. They will also be appointed as future PR ambassadors for the National Tax Service.

Seo Hyun-jin and Lee Je-hoon are stars recognized by the public for their performances in dramas and films. Their example of model taxpayers is expected to spread awareness of tax obligation.

Seo Hyun-jin debuted in 2001 with a girl group called Milk. She then turned to actingand starred in several dramas and films such as "Hwangjin-i", "Oh Ja-ryeong is Coming", "Goddess Of Fire Jeongi", "The Huntresses", "Let's Eat", "Oh Hae-Young Again", "Dr. Romantic", and "Beauty Inside - Drama".

Lee Je-hoon debuted in 2007 in a film. He further starred in "The Front Line", "Architecture 101", "An Ethics Lesson", "Paparoti", "I Can Speak", "Anarchist from Colony" and "Time to Hunt" as well as dramas "Secret Door", "Tomorrow With You" and "Where Stars Land". 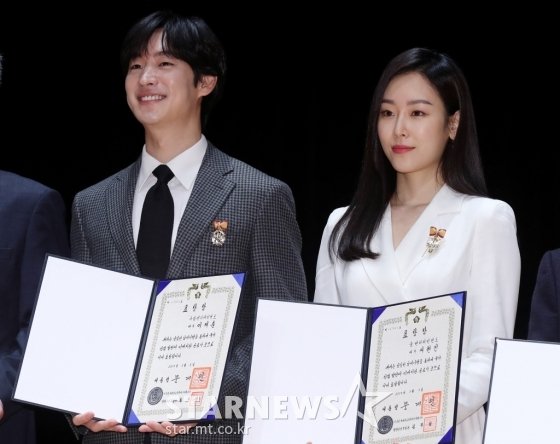 "Seo Hyun-jin and Lee Je-hoon Are Great Citizens, Awarded as Best Taxpayers"
by HanCinema is licensed under a Creative Commons Attribution-Share Alike 3.0 Unported License.
Based on a work from this source