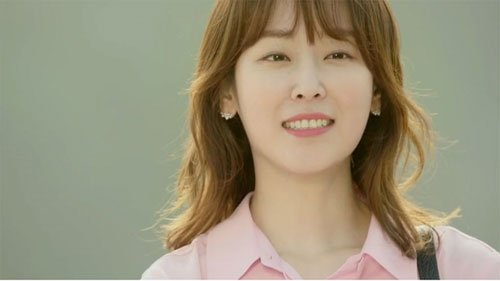 Seo Hyun-jin is now considered the queen of romantic comedies with the soaring popularity of "Oh Hae-Young Again" on cable channel tvN.

Seo plays a woman who moves house after a broken engagement and falls in love with her neighbor.

The drama started with a less than three percent rating but is likely to become the first weekday soap on cable to record over 10 percent. The latest episode achieved a 9.4 percent rating.

Seo says she has lots in common with her character, who considers herself unlucky.

Seo made her debut in 2001 as lead vocalist of girl group M.I.L.K., but the four-member group were disbanded soon after.

Then she continued to appear in soaps but failed to catch viewers' attention. At one point her parents suggested she quit acting.

Seo says she is drawn to characters who are poor and not so special because she can relate to them more easily.

In the latest drama, she shows some of her best acting skills to date, portraying a character with frequent emotional ups and downs. Finally her decade-long apprenticeship playing everything from villains to eye candy is paying off.

"Seo Hyeon-Jin Triumphs After 10-Year Apprenticeship"
by HanCinema is licensed under a Creative Commons Attribution-Share Alike 3.0 Unported License.
Based on a work from this source