Park Shin-hye looks slimmer, a goddess in a shirt 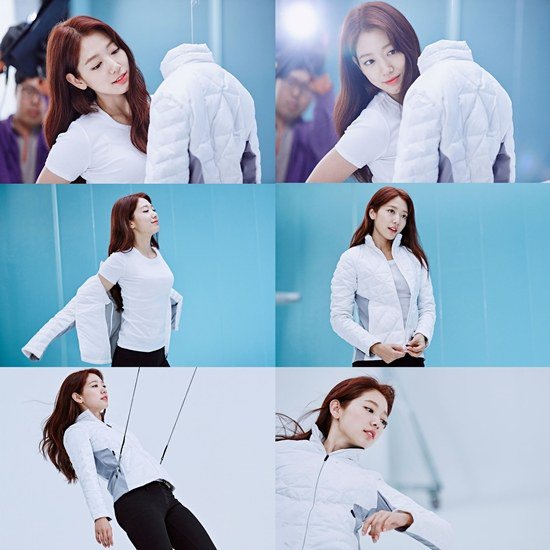 Millet has unveiled the behind-the-scenes images and video clips.

Park Shin-hye appears in a simple outfit - short sleeve shirt and a pair of skinny jeans. Her smiles are stunning.

Park Shin-hye had to float in the air hanging from a wire to film a flying scene. Despite the lengthy filming in the air, Park Shin-hye's professionalism shined and the staffers in the studio was impressed

"Park Shin-hye looks slimmer, a goddess in a shirt "
by HanCinema is licensed under a Creative Commons Attribution-Share Alike 3.0 Unported License.
Based on a work from this source