Other Celebrities Implicated in Seungri Scandal 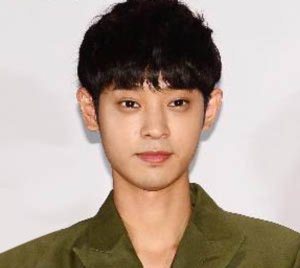 Police are extending their probe into Seungri of boy band Big Bang on pimping charges to other celebrities who are also suspected of involvement in one way or another.

The Seoul Metropolitan Police Agency said Monday, "We have confirmed that multiple celebrities were part of a Kakao chat group in December of 2017 in which [Seungri] exchanged messages with staff relating to supplying prostitutes for foreign investors".

A police source said some of them were summoned last week for questioning.

The singer is accused of arranging escort services for an investor for his business in a nightclub in the affluent Gangnam area of southern Seoul. He also faces allegations that his own nightclub in the same area was a hotbed of prostitution and drug peddling. He has been banned from leaving the country since Sunday.

Eight people were part of the group chat, according to police, and one of them was singer Jung Joon-young, whose sex offences were separately reported by broadcaster SBS on Monday.

SBS reported that Jung secretly taped himself having sex with women and shared them in another chat group since 2015.

SBS added that "more than 10 women were victims" of the illegal filming. Jung allegedly posted messages on the group chat saying, "I had sex at someone's funeral. I'm such a low-life".

A police source said, "The two chat groups were active at different time, but most of the participants were the same".

Jung's management agency said that the singer, who is abroad, has made no comment on the allegations but will make a statement as soon as he returns.

Jung was also accused by his former girlfriend back in 2016 of distributing footage of them having sex.

"Other Celebrities Implicated in Seungri Scandal"
by HanCinema is licensed under a Creative Commons Attribution-Share Alike 3.0 Unported License.
Based on a work from this source