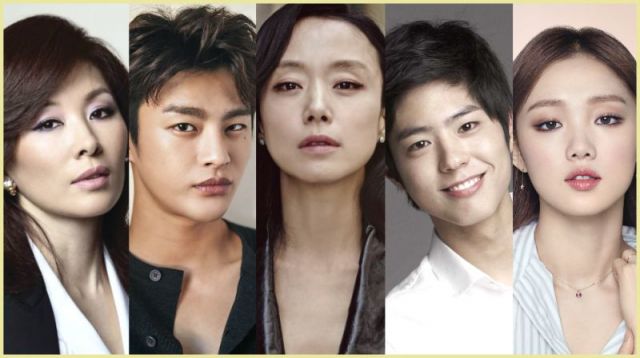 It is time for some much hyped dramas to make an entrance and two of them are premiering this week. Before getting to that, however I will take a first look at "Incarnation of Jealousy" and its fresh material. I will also give my two cents on an upcoming series and its potential casting which I find highly problematic. Closing this piece are the usual upcoming drama goodies and followed shows.

Script reading photos are out for "Incarnation of Jealousy" and we have the additional casting of Yoo Jung-rae, but the most interesting bit of news is that we seem to get a middle-aged love triangle in the series. Lee Mi-sook, Lee Sung-jae and Park Ji-young will play the characters involved. Ageism is a problem in Korean drama and we still lack main romances with more mature roles, but it is nice to see that effort is made, even if for supporting roles. 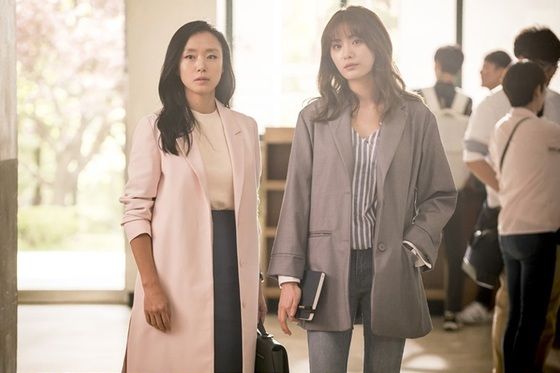 When reading that a drama based on weightlifting champion Jang Mi-ran is in the works, you would think that it would explore her career. You would be wrong, because "Weightlifting Fairy Kim Bok-joo" is an imaginary story about the athlete's first love. Not only this, but an offer has been made to actress and model Lee Sung-kyung for the leading role. Now, I know representation is an issue in entertainment, but there is such a thing as "too far" and this is it.

Fully pre-produced piece "Uncontrollably Fond" is the first series to open this week and there are many eager to see it. The drama by writer Lee Kyeong-hee will premiere on Wednesday and it has a fifth teaser out as well as some stills for actress Lim Ju-eun. "The Good Wife" begins its run on Friday. The series stars Jeon Do-yeon in her drama comeback after 11 years. It is also based on a globally known and watched show, raising the stakes and expectations. Here is a 5-minute highlight video for it. 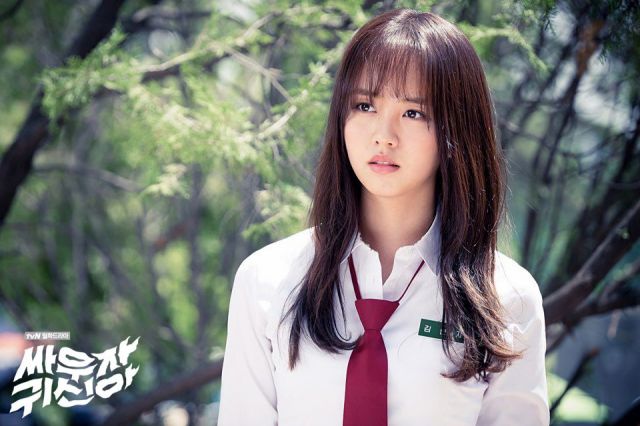 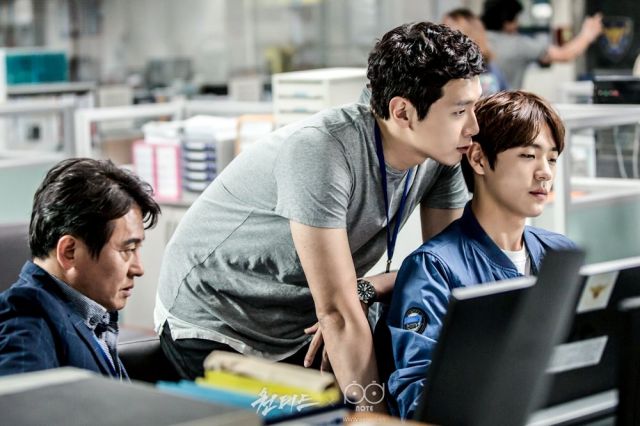 First up we have two stills followed by an additional one from "Age of Youth", as well as a video. Double-universe drama "W" has new images as well, while "Moonlight Drawn by Clouds" has unveiled its first stills and supernatural drama "Bring It On, Ghost" has nice new posters. On the casting side, Lee Dong-hwi and Jung So-min take on short drama "Red Teacher", Cha In-pyo and Ra Mi-ran pair up for "The Gentlemen of Wolgyesu Tailor Shop" while Seo In-guk keeps busy and might jump right into "Shopping King Louis" soon.

"Master - God of Noodles" has ended and I am mostly pleased with it. My first look into "Squad 38" is out and I am still behind on "Beautiful Gong Shim". "Wanted" is showing good promise and I am about to start episode reviews on "The Good Wife". I have not watched the original, so mine is a fresh perspective and you can read my preview today. It will be interesting to hear both sides.

"[Orion's Drama News] The Weight of Representation"
by HanCinema is licensed under a Creative Commons Attribution-Share Alike 3.0 Unported License.