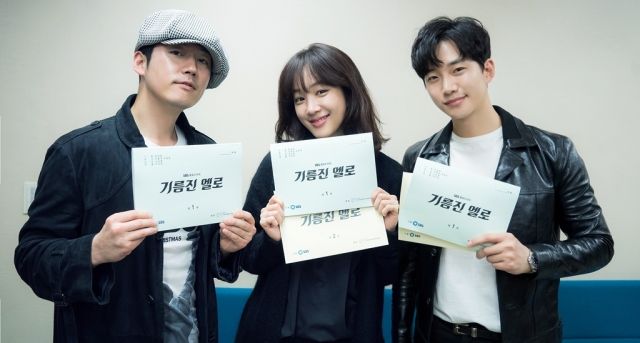 The script reading still collage from "Wok of Love" is a sight that soothes the soul as much as the delicacies teased in its teasers. Aside from a main cast made up of kittens, rainbows and unicorns in terms of soul satisfaction, the supporting ensemble is just lovely. 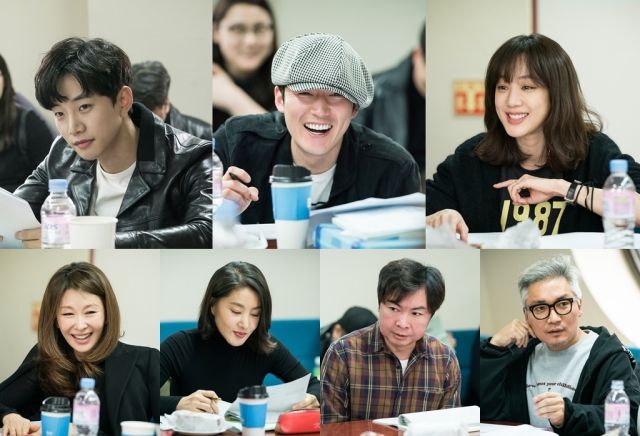 Lee Junho raises expectations as Seo Poong, a chef who fell from the grace of as a top star to a rundown Chinese restaurant. Jang Hyuk brings his own flavor to Doo Chil-sung, a loan shark, while Jung Ryeo-won is Dan Sae-woo, a rich heiress who gains strength from a bowl of jajangmyeon at the darkest of times.

Lee Junho has commented "Since everyone is a cool, skilled veteran, I think that the drama is going to be a lot of fun". Jang Hyuk's own thoughts were "Since this is a romantic comedy, I will greet you all with laughter and a charming character", while Jung Ryeo-won asked for the viewers' support, adding "I think this will turn out to be a drama that will please viewers, so I have high expectations".

I haven't experienced Seo Sook-hyang's work since "Pasta" and aside from introducing me to olive oil and garlic pasta, it didn't stick with me. I read great things about "Incarnation of Jealousy", however, which is also an Ori-mama favorite. We get a little Lee Mi-sook and Park Ji-young reunion here too, which I think its fans will like. So on with the show and I might drop in for a whiff. "Wok of Love" will premiere on May 7th on SBS.