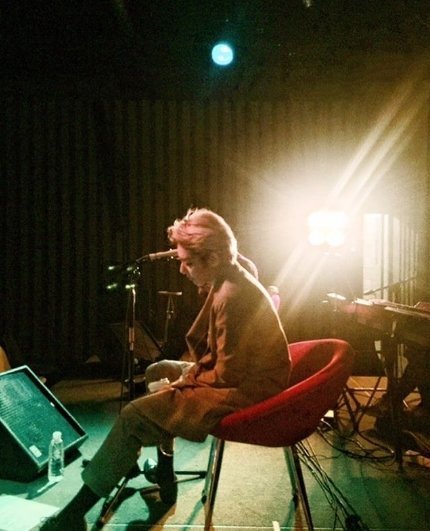 Dear Cloud's Nine9 will continue singing. In the photo, she's on stage with her head bowed.

She was close friends with the late Jonghyun (Kim Jong-hyun, 27), but she decided to keep singing despite the hardship of losing a friend.

Jonghyun passed away on the 18th and his send-off was on the 21st. His burial location won't be released upon his family's request.

Our hearts go out to Nine9, Jonghyun's family, friends, colleagues, and fans.

"Nine9 Sings for SHINee's Jonghyun"
by HanCinema is licensed under a Creative Commons Attribution-Share Alike 3.0 Unported License.
Based on a work from this source