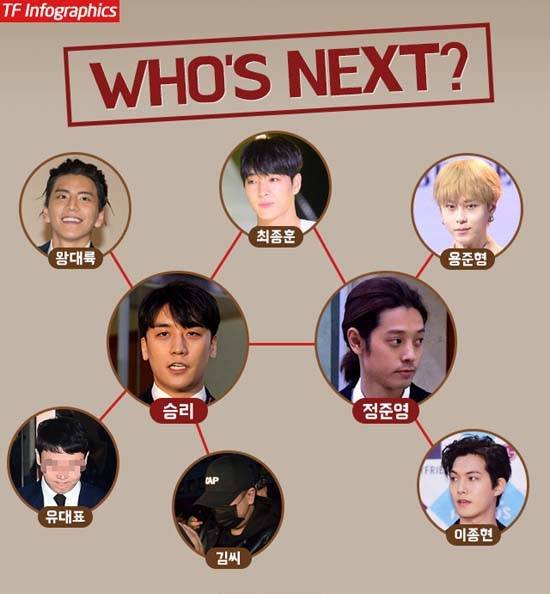 Celebrities and powerful people alike are falling at the revelations of their law-breaking deads. Secret conversations on Kakao Talk have been exposed. What they called a joke is actually a chat full of crimes and illegally taped videos. Starting with Seungri and Jung Joon-young, the outline of the members of chat group is slowly materializing with Yoon Joon-hyung, Choi Jong-hoon, and Lee Jong-hyun.

The Kakao Talk group openly shared illegal sex tapes and is aware of the goings on in the group. Reactions of the members have been different, from denial to attempting to shake off charges.

The first who tried to sever ties was Yong Joon-hyung. He had said, "Regardless of the truth, being mentioned in cases like this makes me want to look back on myself. The reports about me aren't true". However, police investigations showed that he did in fact watch the illegal videos and he announced that he was going to drop out of Highlight, the Kpop group he had been with since his debut.

Next was Choi Jong-hoon. Like Yong Joon-hyung, he denied speculations through FNC Entertainment. He had said, "I do have connections with the names being mentioned on the news so we did keep in touch, but I am not involved in the matter of issue". However, SBS reported that he was very much involved with the Kakao chat room and he also announced his retirement from FT Island and show biz.

Lee Jong-hyun went all out to say he wasn't involved. However, evidence tied him down. SBS reported that he was a part of Jung Joon-young's chat group and FNC released an apology, admitting to Lee Jong-hyun's mistakes.

FNC said, "Lee Jong-hyun accepts the criticism from the public and is deeply regretting his actions. He will cooperate with all investigation and re-examine himself and his actions. FNC is now being lashed out at for trying to cover up for its family.

Every day, a new member from the chat room is being revealed and netizens are suspicious of Jung Joon-young's supposed close friends who have talked about him on TV.

Zico who mentioned 'the Golden Phone' the most, posted on his SNS on the 13th saying, "Me mentioning the phone on TV has nothing to do with the misfortunate events happening right now. All I saw from the phone were the contacts of people and it's been a while since Jung Joon-young and I reach out to one another. Please refrain from making hasty speculations and I will deal with spiteful remarks and false rumors seriously". However, netizens think he might not be involved, but he would have known.

Eddie Kim and Roy Kim are a few more of Jung Joon-young's best friends. They have proven their friendship in several TV shows. Netizens continue to speculate about them.

Meanwhile, Seungri and Jung Joon-young returned home on the 15th after a long night of investigations. They have submitted their Pandora phones so another storm is expected to hit. 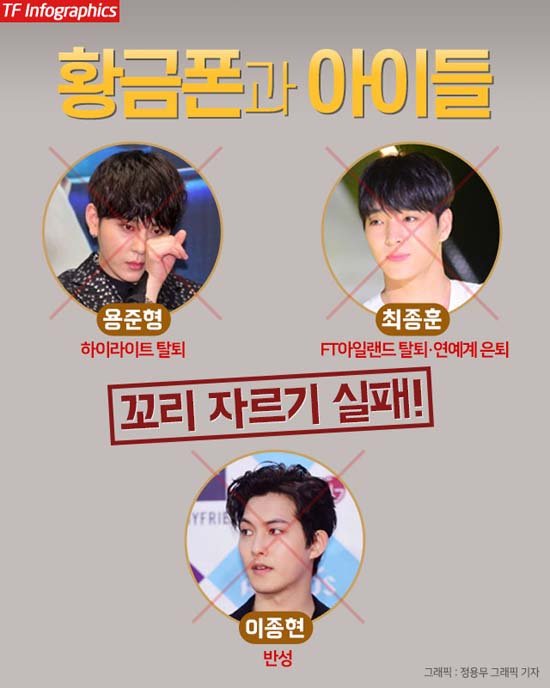 "More People Exposed in Seungri and Jung Joon-young Investigations"
by HanCinema is licensed under a Creative Commons Attribution-Share Alike 3.0 Unported License.
Based on a work from this source