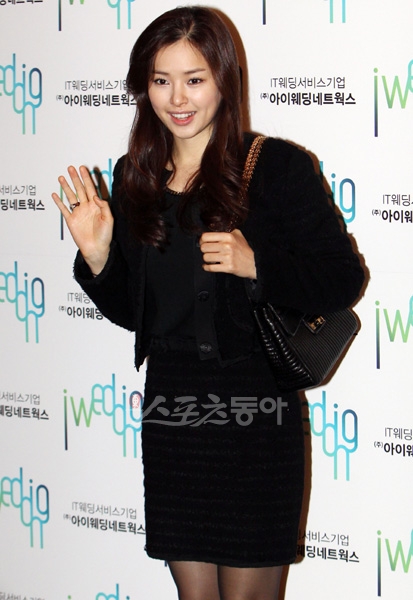 Cast for the drama "Immortal Masterpiece" with Park Sun-young...

The connection between Lee Honey and cooking is quite peculiar.

She is a skilled character who bases her thoughts and actions on logic and is always pushing for perfection, competing with Park Sun-young.

She has a special connection with cooking on TV. She has already appeared as a cook in two other dramas, "Indomitable Daughters-In-Law" and "Pasta", both on MBC. She is also starring in cable TV channel Olive's "Food Essay", showing off her outstanding skills.

"Lee Honey "I'm wearing an apron again""
by HanCinema is licensed under a Creative Commons Attribution-Share Alike 3.0 Unported License.
Based on a work from this source