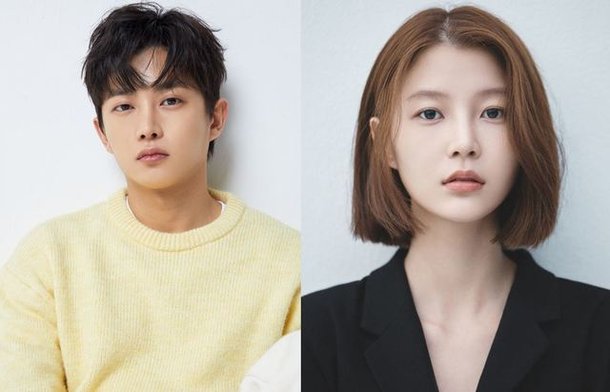 Actor Kim Min-seok will transform into a genius car mechanic in Kakao TV's original "From Today Engine On".

"From Today Engine On" is a four-part emotional drama in which Cha Dae-hyun, a car mechanic with pure passion for cars and natural talent, grows up meeting various events and people related to cars.

In each episode, turbulent events will unfold in genres such as melodrama, comic, human, and reasoning, delivering unique fun to viewers. It will be unveiled for the first time at 8PM on the 29th and will be shown on Kakao TV every Tuesday at 8PM.

Cha Dae-hyeon, played by Kim Min-seok, who has performed impressively as various characters in his own style, is a genius auto mechanic with a natural talent for cars. Thanks to his grandfather who ran a car center in the countryside, cars naturally became everything to him in life. No one can follow his passion for cars, but he is a pure young man who is clumsy in love without expressing his unrequited love for No Yoo-hwa (Lim Hyun-ju).

Kim Min-seok presents a variety of acting transformations through Cha Dae-hyeon, ranging from a professional who knows everything about cars, action to track down stories related to cars, and emotional acting to resolve conflicts contained in them. Through this, Kim Min-seok plans to show a wide spectrum of acting that has been built up solidly.

"To express my professional job as an auto mechanic, I was educated by mechanics and studied a lot about cars", Kim Min-seok said. "I have worked hard to relate to more people with the subject of 'cars'".

New actress Lim Hyun-ju plays the role of No Yoo-hwa, the heroine who will create a romance chemistry with Kim Min-seok. Noh Yoo-hwa is a manager of an automobile service center and is a bright character who has pride in her work and always treats people with kindness.

On the other hand, however, she is living with an unforgettable wound, and Lim Hyun-ju's emotional performance will reveal the three-dimensional appearance of the character No Yoo-hwa. Lim Hyun-ju is determined to show her mature inner performance in "From Today Engine On".