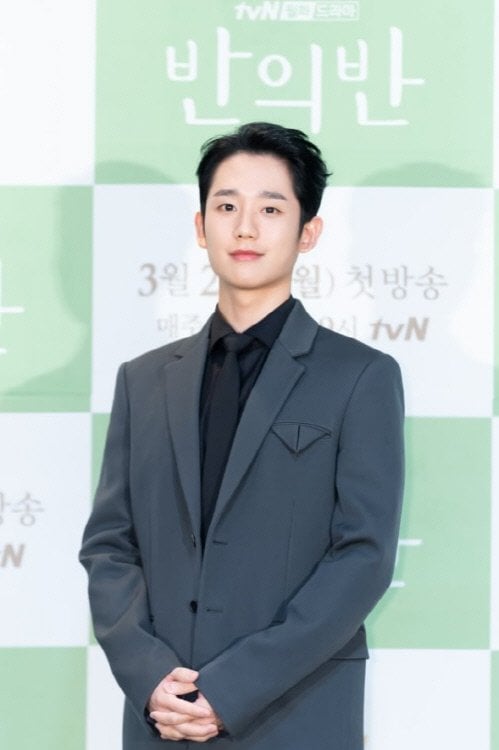 Jung Hae-in is back with the spring breeze.

The premiere of the new tvN drama "A Piece of Your Mind" was held online on the 16th. Director Lee Sang-yeob-I, actors Jung Hae-in, Chae Soo-bin, Lee Ha-na and Kim Sung-gyu were there. Jung Hae-in, who takes on the role of an AI programmer named Ha-won, co-stars with Chae Soo-bin in the role of Seo-woo.

About choosing the work, Jung Hae-in said, "I am a fan of writer Lee Sook-yeon. I decided I was doing this ever since I was doing "Tune in for Love". I was sure it was going to be fun when we met in person and talked about the drama. It's also a new challenge for me, as it deals with artificial intelligence programming".

Director Lee Sang-yeob-I said, "There was no reason not to cast these actors. I thought it would be nice to give Hae-in a character that depicts his keenness and sensitivity. I've also had my eyes on Soo-bin since she was a rookie. I'm so grateful she's grown into a good actress". 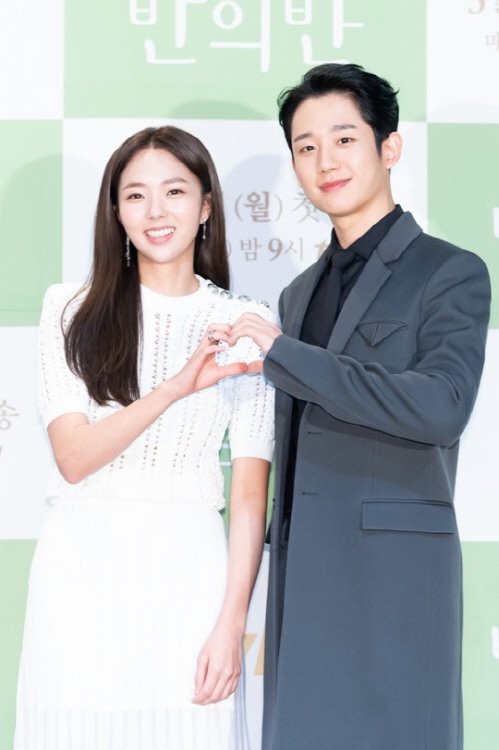 Jung Hae-in acts out an innocent man of love. This is even more looked forward to, because Jung Hae-in has always been in sync with mellow and romance. He earned the reputation as a romance actor in the previous jTBC drama "Pretty Sister Who Buys Me Food" and the MBC drama "One Spring Night". With his stable acting as well as his unique eyes and soft voice, he has been making new defining characters in every work. Jung Hae-in says, "I like romantic dramas. It makes me feel good".

Jung Hae-in is known for his chemistry with his co-stars such as Han Ji-min from "One Spring Night" and Son Ye-jin from "Pretty Sister Who Buys Me Food". About Chae Soo-bin, Jung Hae-in said, "We get along so well as actors. She makes me feel brighter and she's a very optimistic person". Chae Soo-bin also spoke about Jung Hae-in, "He's considerate and takes care of the people around him".

Jung Hae-in's romance has never failed yet. So there is keen interest on whether he will make three successes in a row with "A Piece of Your Mind". In addition, "A Piece of Your Mind" will be broadcast 30 minutes earlier at 9PM. This is a more aggressive strategy. To conclude, Jung Hae-in said, "I don't feel pressure over ratings and viewership. I'm just excited for the drama and I'm working very hard".

"Jung Hae-in, Three Hits in a Row"
by HanCinema is licensed under a Creative Commons Attribution-Share Alike 3.0 Unported License.
Based on a work from this source