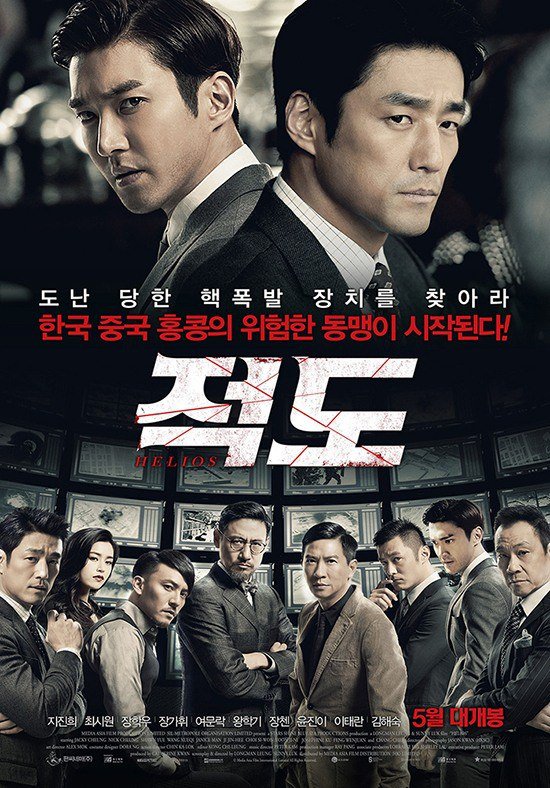 "Equator", a collaboration between Korea, China and Hong Kong is coming out at last.

Pan Cinema announced the release of the movie "Equator" which is on May 28.

"Equator" is about the alliance of Korea, China and Hong Kong for the sake of their countries after a nuclear detonator developed in Korea is stolen and black market dealings are found in Hong Kong. Lok Man Leung and Sunny Luk are the directors and the cast is made up of Ji Jin-hee, Choi Si-won, Cheung Hok Yau, Nick Cheung, Shawn Yue, Wang Xiu Qi, Chang Chen, Yoon Jin-yi, Lee Tae-ran, Kim Hae-sook and more. Ji Jin-hee plays a weapons specialist who can break down the nuclear detonator, Choi Si-won plays the best elite agent there is, Yoon Jin-yi is a secret agent and Kim Hae-sook the minister of National Defense.

"Equator" was chosen to be the closing film at the Beijing International Film Festival and Ji Jin-hee and Choi Si-won were on the red carpet. The movie is due for release on May 28.

"Ji Jin-hee, Choi Si-won and Cheung Hok Yau to star in "Equator""
by HanCinema is licensed under a Creative Commons Attribution-Share Alike 3.0 Unported License.
Based on a work from this source