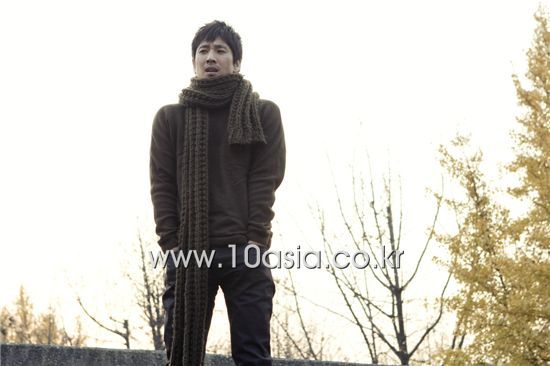 10: We talked about your wife just now but it doesn't seem weird when we see you dating women in dramas. At the same time, such acting could start to come off as weird if the fact that you're married and have a child gets too well-known.
Lee Sun-kyun: That's what people say but it's the truth even if I don't talk about it. And everybody knows anyway. There's no need to go around asking people not to talk about it nor any need for me to bring it up on purpose. I'll just answer questions on them when people ask about them. But I do think it's unfair when an article on me focuses solely on them -- when I've been talking for an hour about my movie but the article will turn out to be about my family which I talked about on the side. I sometimes wonder what's the use talking about my movies for four days and six hours each day, until I'm practically burnt out, (laugh) when that's what ends up getting written about me. I understand that reporters need to draw attention but I wish they would write about my family on the side.

10: It could be because you're a star. They're curious to know what you the real Lee Sun-kyun is like, outside the person we see on screen.
Lee Sun-kyun: And of course I should be thankful about that. It's great but… Even right now, we're talking about so many things… (laugh)

10: How do you feel about people perceiving you as a romantic guy which is actually an image created from your previous works? Do you ever feel pressured by people's expectations?
Lee Sun-kyun: I've said this on television shows as well but I actually haven't played the role of a romantic guy that many times. It's the image that has carried over from drama “Coffee Prince.” And no matter how much I play different characters, romance is at the basis of every drama. Just like how my character Choi Hyun-wook in “Pasta” really wasn't a romantic guy but the story was based on his romantic relationship. I think that's why I've come to have such an image. It's also why I want to be in a realistic movie even if it may be a small production.

10: That's why “Oki's Movie” stands out. You play a character that is most different from the recent roles you've played.
Lee Sun-kyun: People said my character in it is most like me. They said, “[The scene] Where you're drunk, that's exactly you.” (laugh) 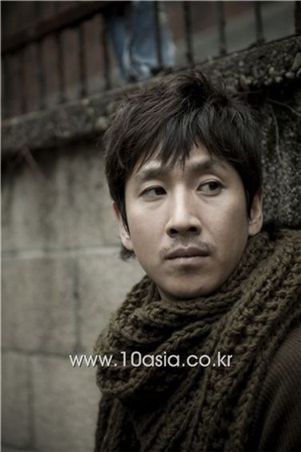 10: How was it working on the film?
Lee Sun-kyun: I filmed “Oki's Movie” at the same time as “Pasta.” Director Hong Sang-soo said it would take two months to shoot the movie so I asked to be excused from it two days every week and that's how I rushed into “Pasta.” But this guy Choi Hyun-wook, he's a weird guy right? So I felt like I didn't have enough time and was thinking so much about the role that I went into “Oki's Movie” feeling no pressure because there was no script. (laugh) There wasn't anything to worry over. Hence those two days were like vacation for me. After worrying about how to portray Choi Hyun-wook, I'd go to the movie's set for two days where I'd take a look at the script I'm given and easily go into shoot. I was able to focus on each and every scene better which is the character that you see in the movie that I ended up creating.

10: Is there something you hoped for from the movie or your character?
Lee Sun-kyun: I think I work well with director Hong Sang-soo because his movies are very realistic and I too like realistic acting. The experience also helps you do a better job with playing characters that have been made up and beautified.

10: Like you just said, you were able to give an ordinary feel even to the fantasy-like character Han-sung from “Coffee Prince.”
Lee Sun-kyun: I'm not superbly good-looking so I felt that I should portray him as someone who is likely to exist in our everyday lives. That's why I had him be someone viewers can relate to and not seem like a character from a fantasy drama. Han-sung was someone who is already amazing so I was sure that it would be too much if I tried too hard to make him look even more amazing. And it would've been funny if he had been romantic from the drama's start to finish just because he's supposed to be romantic. It's more effective to show that a person is romantic by having him act like he usually does at most times but be romantic in certain scenes. It's more important to make people understand that such a person exists rather than trying so passionately to make him look like a certain type of person.

10: Are you not too keen on passionate acting?
Lee Sun-kyun: Choi Hyun-wook may be someone who constantly flies into a rage, but I don't think it's good to force an emotion after pulling it out from you. Being passionate… it's not fun. It's as if you're overdoing something. I guess it's a matter of taste but even with music, I feel a bit uncomfortable when I listen to singers who sing too passionately. It's like they want people to see that they sing really well. But it's much easier to relate to and more comfortable to listen to songs that are sung without too much effort. I used to think people who sing passionately are great singers but I don't feel that way anymore and I used to think an actor has great energy when he or she acts passionately but I now wonder whether that's necessary.

10: Because you don't show much fluctuation when it comes to depicting the details of the characters you play, it could create the illusion that you're not giving much change to your acting. For example, the Han-sung from “Coffee Prince” and the Young-soo from “My Sweet Seoul” are different characters but through your acting, you show the commonalities that exist within the two as human beings.
Lee Sun-kyun: I think it's strange how people will think you're trying different roles only when you play roles like murderes like Ha Jung-woo did in “The Chaser.” Not all of my roles are the same but to be seen as not playing a variety of characters because I haven't played that kind of a role? I never played a romantic guy either but all the other types of characters I've played have gotten forgotten because “Coffee Prince” did so well. I had been telling myself not to mind such talk too much but I've been thinking that maybe I should do something about it since it's what people have been saying to me a lot recently. Of course, it's up to me to find a good role for myself. 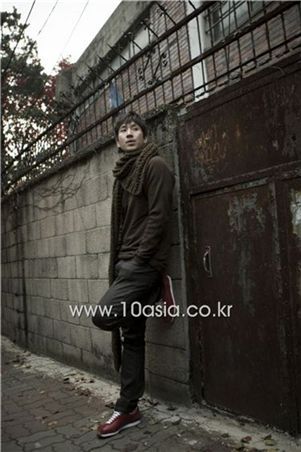 10: How about going for something entirely different?
Lee Sun-kyun: This is what I feel. I had a very hard time portraying Choi Hyun-wook in the beginning. I'd never played such an important role before, with so many lines to say, so I had trouble embodying the character to the extent I just couldn't figure out what to do. You can only express a character when you understand him but I was very sensitive because he was a character that is difficult to portray. But by the time we were done with the drama, I realized that I had become him. There are scripts that I'll receive and know immediately why I got them and what they want from me. But there are also those that I just can't figure out. "Pasta" taught me that I still have to go for those types of dramas if I like the role that I'll get to play. I told myself that I should not be scared to go through these sort of processes, even if I may fail, if I want to stay an actor for a long time.

10: Then how did you feel when you saw the script for “Petty Romance”? Was there something you wanted to get out of it?
Lee Sun-kyun: What I wanted was a definite character. It's actually sometimes easier to play roles like in “Paju” or “Oki's Movie” -- acting that is serious yet empty. You may think it's easier to play romantic roles but they're sometimes more difficult because they're not quite grounded. But after shooting such movies, I told myself that I want to go for a cheerful comedy for my next movie, and this was the movie that came along. I also don't think I'll get to appear in romantic movies much longer. I'm the father of a child… (laugh) I chose it because there's no guarantee that I'll ever be given another movie like this.

10: Do you feel that you're running out of time because of your age?
Lee Sun-kyun: I've come to realize with age that the cards I held apply for when I was young but there aren't too many left for when I'm older. It's not about running out of time. Like I said before, I'm sure something will come up if I take up challenges without being scared. I think next year will be a tough year because it'll be time for me to take up such challenges. I'm going to do a black comedy with Park Joong-hoon but I think I'll have a really hard time because I don't know what to do.

10: So do you have the faith that things will still work out for you?
Lee Sun-kyun: I guess I'll learn that I may fail but it should not turn out as the worst experience.

10: That may come from experience but you may have been more brave when you were young because you had nothing to lose. It's going to be difficult to take up challenges if you're expecting your movie to do well to a certain extent.
Lee Sun-kyun: I don't think I'm at a level where I need to think about responsibility... success. (laugh) I could if I was as good as Song Kang-ho or Kim Yoon-suk since they're actors that draw millions to their movies. But none of the movies I've been in have been commercial successes. In a way, I think it may be better if things stay the way they are right now and I'm hoping to get to act for a long time. I'm hoping that I can keep going the way I've come by improving on my acting a bit rather than holding too much responsibility and wanting to be very successful.

"[INTERVIEW] Actor Lee Sun-kyun - Part 2"
by HanCinema is licensed under a Creative Commons Attribution-Share Alike 3.0 Unported License.
Based on a work from this source