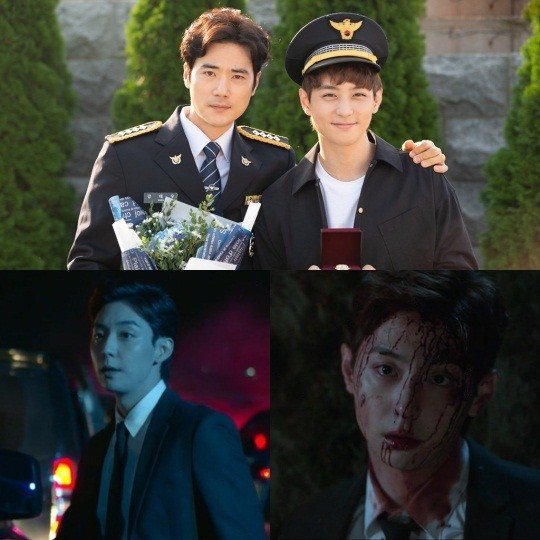 Following his brief role in "The Light in Your Eyes" earlier this year Hyun Woo has once again appeared in another drama in a brief, expository role.

In "Woman of 9.9 Billion" he played the kind-hearted game company employee Kang Tae-hyeon, who meets an unfortunate fate critical to the backstory of his brother, former detective Tae-woo, played by Kim Kang-woo.

Hyun Woo was able to make an impression on viewers with his earnest desire to see his older brother improve himself - even as "Woman of 9.9 Billion" has defined itself as the sort of thriller drama where that kind of behavior can prove quite dangerous. Hyun Woo's last leading role in a drama was in "Witch's Love" back in 2018. "Woman of 9.9 Billion" airs on SBS on Wednesday and Thursday nights.