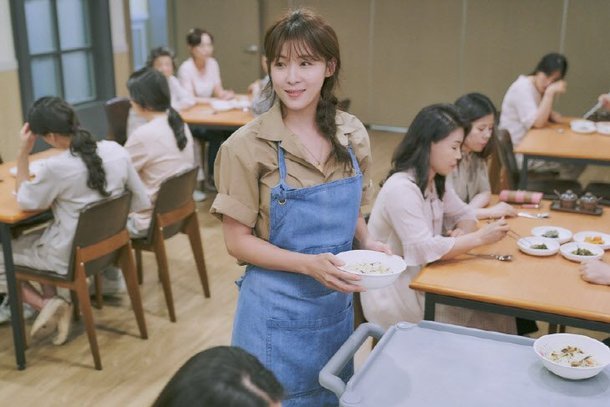 Ha Ji-won is returning to dramas with "Chocolate", her first project since "Hospital Ship" in 2017. Recently released stills from jTBC show Ha Ji-won in her latest role as a hospice chef. How the profession of her character will play into the drama has been unclear until now, as promotional stills and videos have mainly focused on her romance with leading man Yoon Kye-sang.

As "Chocolate" nears its November 29th release date, information going over how her character's profession relates to the plot has become more prominent. We know now that as a child Ha Ji-won's character derived happiness and cherished memories from the meals she had on a daily basis. The significance of "Chocolate" has also been explained as being a part of a life-saving event that caused Ha Ji-won's character to devote herself to food. 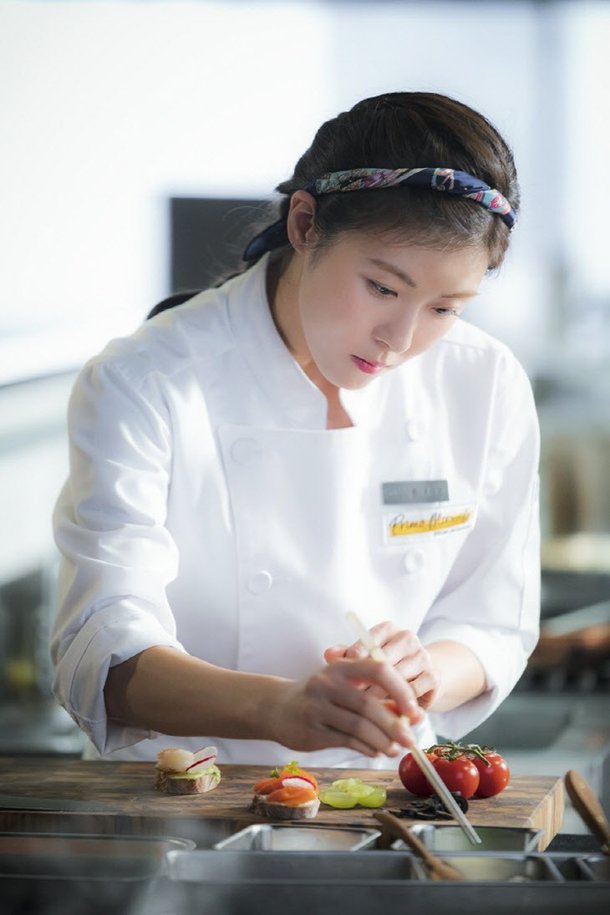 According to Ha Ji-won she did a lot of work in a restaurant to learn the fundamentals about proper food preparation. She considers the rhythms and movements she observed and participated in regarding the other chefs in the kitchen as being critical for the role. Ha Ji-won also described herself as being touched by her character's philosophy of how anyone can have their heart touched by a warm meal.

Sun and Moon Entertainment has confirmed that Ha Ji-won had been doing this restaurant training since the beginning of the year, which may explain why she has been so scarce up until now. In any event, "Chocolate" will stair airing on November 29th on jTBC in the Friday and Saturday late night time slot.