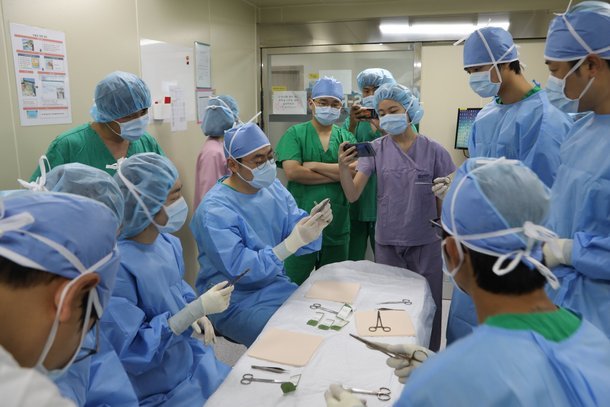 Among Song Geum-jong's duties is to edit the script to make sure it uses medical terminology correctly. Additionally, ahead of the drama Song Geum-jong provided cast members with tours of various hospital facilities to help them better understand the environment in which their characters work.

In a statement Song Geum-jong explained that his purpose in working with the drama is to make sure that "Dr. Romantic 2" conveys accurate information about medicine and the medical profession to viewers. Song Geum-jong's retention after his work in the first season is not a surprise. One of the factors "Dr. Romantic" was applauded for was the drama's strong sense of realism and accuracy, and the second season has received similar praise.