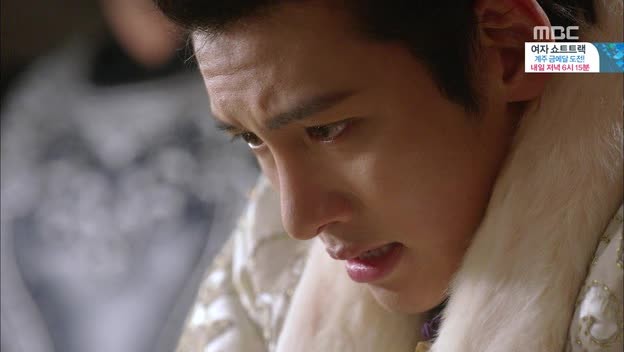 It's difficult to try and forcefully change a tide, but that's what Seung-nyang, Wang Yoo, Ta-hwan and their team of trusty sidekicks are attempting to do. El Temur, Tanisiri and their band of nasty friends are fighting back, making the power struggle huge, but a stagnating affair. While the politics are growing a bit stale, there are a few markedly wonderful performances by the actors. 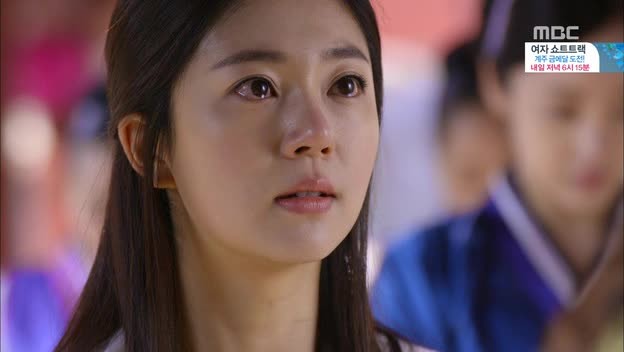 Baek Jin-hee as Tanisiri is captivating. Tanisiri is breaking down because of the severe punishment she was given. Even before that, her mental stability was severely rocked by her obsession with conceiving a child and her raging jealousy towards the consorts. She is starting to crack and Jin-hee is able to show the blurring lines between Tanisiri's strong, tyrannical side and her increasing weaknesses and insecurities. This side of the character is more interesting to watch that when she was acting like the miniature version of her father, El Temur.

El Temur is starting to get desperate and has asked Ta-hwan to seal the abdication papers. This is the first major step towards El Temur's near total control of the government. It is also a very clean warning to the provincial governors that he is ready to make his move. It's a chancy step, which makes it exciting to watch unfold on screen - it's only a matter of time before the scales tip for or against him.

What determines the balance of those scales is El Temur's financial support, which is where Wang Yoo's dealings with Batolu and the Eagle House traders comes in. Wang Yoo's involvement with the traders is, and has been, overly simplistic, but I'll run with it since it's a way to break El Temur and put him further in Seung-nyang's path. He and Seung-nyang have had one heart-breaking meeting that ended in tears and misunderstanding. This kind of angst will fuel their relationship and keep viewers watching.

The angst between Seung-nyang and Wang Yoo mean strength between her and Ta-hwan, though. They are quickly growing into a strong political couple. She supports him in his weak moments (his many, many weak moments) and she receives a stronger ally in her revenge against El Temur and Tanisiri.

I'm expecting Wang Yoo to turn to Batolu as a political partner, which is good until I remember that he married into El Temur's family and I wonder why his why has been so conspicuously absent and why El Temur hasn't done anything about that fact.

The one character I want to see more from is Seung-nyang. The writing of her character has been negligent. Ha Ji-won does well with what little she has, but she needs more nuance to work with. In general, "Empress ki" tends to ride on large changes and forget to tie everything in with the little things. It's has twenty more episodes to work on this failing.