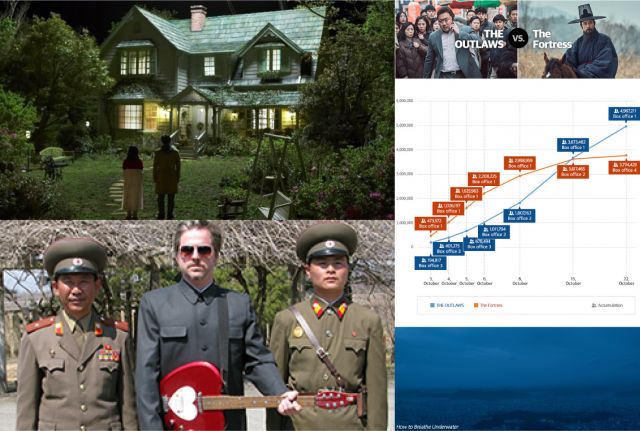 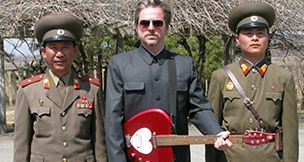 Film Journal International reviews an "oddball" documentary musical that captures the first Western rock band to play in North Korea. "The film's event took place two years ago, but Liberation Day has a timely quality given the recently ramped-up possibility of a war with North Korea", writes Eric Wonder. A large part of the film looks behind the scenes at how the concert was organized, the diplomacy and the planning that went on. "If you like weirdness for weirdness's sake, you will appreciate all these colourful, unlikely efforts to exhibit East meeting West". 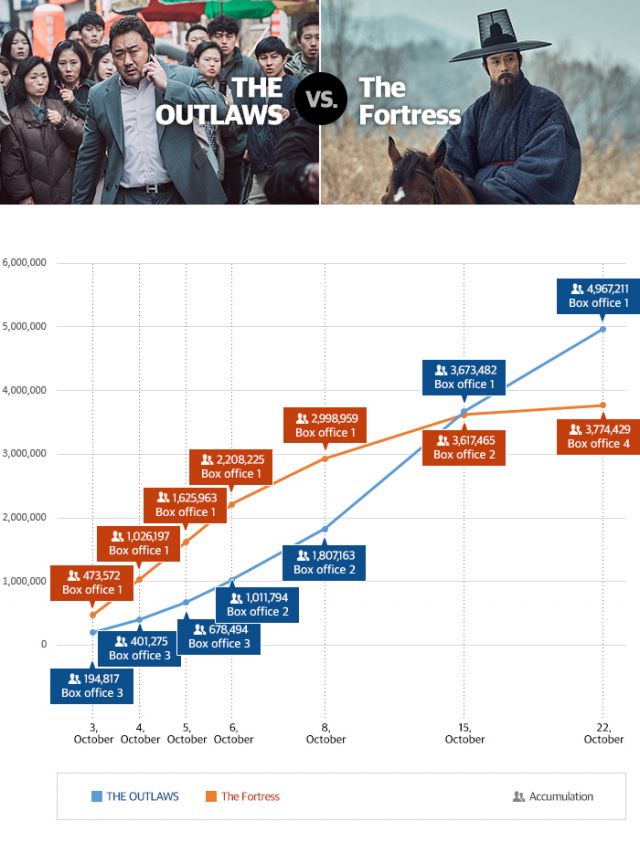 "THE OUTLAWS and its Rivals"

Kang Yoon-Sung's "The Outlaws" (starring Ma Dong-seok and Yoon Kye-sang) was not expected to outperform other blockbusters over the long Chuseok holiday, but its recent success marks it as a 'sleeper hit'; such titles are made "by audiences rather than by the industry insiders", writes Hwang Hee-yun. This new infographic on KoBiz tracks the film's admission figures compared to "The Fortress" since its release on October 3rd. "No one expected crime thriller "The Outlaws" to emerge as the victor among films released during the Chuseok holidays".

Couldn't make it to the Busan International Film Festival (BIFF) this year? Here's another fantastic online screening service brought to you by the Korean Film Council (KOFIC) and BIFF: from October 26 to January 28 you can watch a selection of the films that were screened at the festival online! "The service will focus on promoting Korean films through creating a more active system, improving the viewing experience by making it more convenient, outreach to new markets, and provide a platform for efficient investment deals". Click on through to KoBiz to discover what films have been made available, and enjoy! 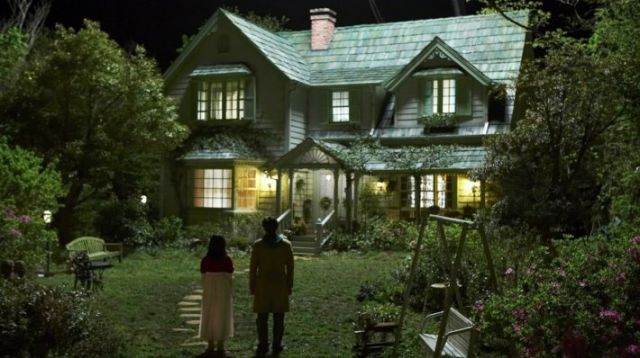 Halloween is nigh upon us, and there is a host of thrilling K-horrors to watch in its spirit. Earlier this year, David Pountain put his top ten Korean horrors down on FilmDoo. David's picks go as back as far 2002 with Ahn Byeong-ki's "Phone" (Ha Ji-won), and while he includes many of the usual suspects ("A Tale of Two Sisters", "Thirst", and "Bedevilled"), there are a few pleasant surprises here that are definitely worth catching. "These films run the gamut from gruesome to hilarious to grief-stricken, meshing ostensibly mismatched elements together as a reminder that horror, comedy and tragedy are all just different but overlapping forms of hyperbole that exist in the hysterical extremes of human experience".