Gong Yoo and Yang Dong-geun met in 'Sketchbook'... they were soldiers in the same unit 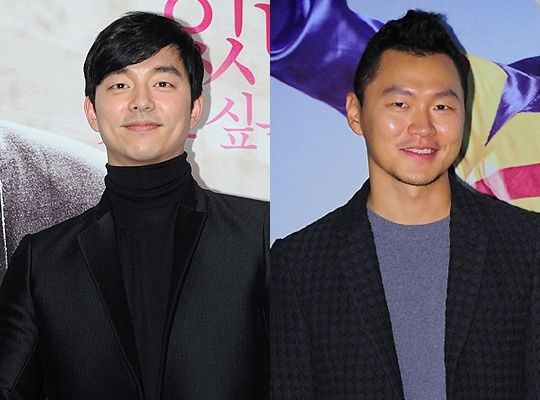 Gong Yoo, who is well-known as a 'singer' in film business, previously sang OST '2nd First Love' for 'Finding Mr. Destiny'. He has pro-quality singing skill, but he also loves and study music.

Working as a DJ for Army channel made him love music more. Gong Yoo is one of the biggest fans of TOY (Yoo Hee-yeol). The song Gong Yoo performed in the program, "Farewell", is in TOY's 6th album.

Yoo Hee-yeol said, “My nickname is Hugh Grant; Gong Yoo and I have same nickname.”

Gong Yoo said, “While we were talking about my latest movie, Yoo Hee-yeol sang Gong Yoo's '2nd First Love' on the spot. Also, Yang Dong-geun, who was a junior soldier in Gong Yoo's unit, surprisingly appeared as a guest.

"Gong Yoo and Yang Dong-geun met in 'Sketchbook'... they were soldiers in the same unit"
by HanCinema is licensed under a Creative Commons Attribution-Share Alike 3.0 Unported License.
Based on a work from this source