f(x) Luna says, "Want to film a melodrama with So Ji-sub" 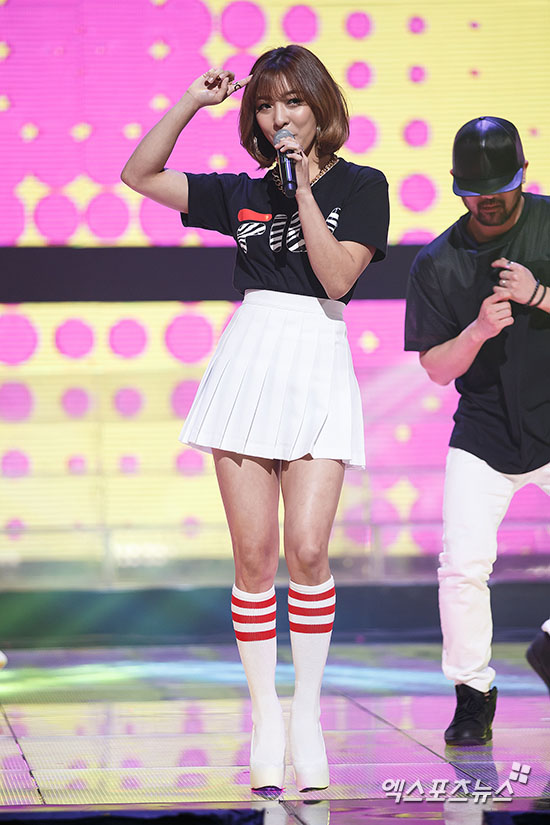 f(x) member Luna said she wanted to co-star with So Ji-sub in a melodrama.

During the show, Luna opened up about a genre she wanted to challenge. She said, "I'd rather want to do a melodrama than a rom-com because you can express your emotions naturally as the way they are".

She also mentioned So Ji-sub as the actor, with whom she would want to co-star.

Meanwhile, The Bungaeman is a superhero, who has been loved by children for the last 16 years since it was introduced through EBS TV in 1999. The superhero is now coming to the silver screen as a film with the touch of musical elements. The movie depicts the battle between the villain, Jalnan Mawang, who tries to destroy the Joy Land, and Bungaeman, who tries to protect the land against the villain. The movie opening date is February 11th.

"f(x) Luna says, "Want to film a melodrama with So Ji-sub""
by HanCinema is licensed under a Creative Commons Attribution-Share Alike 3.0 Unported License.
Based on a work from this source