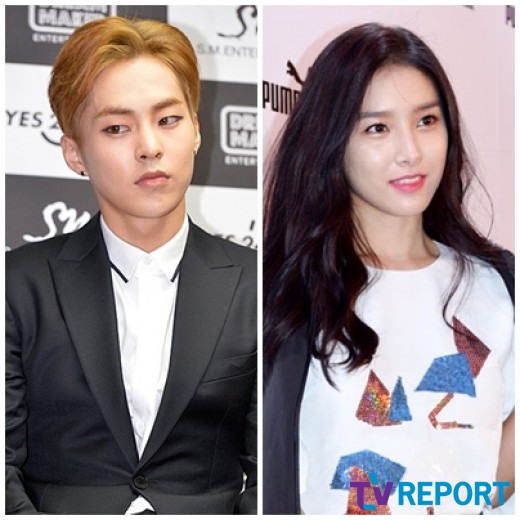 EXO member Xiumin and Kim So-eun have been cast for the leading roles in web-drama, 'Falling for Challenges'.

According to multiple sources on October 2nd, Xiumin and Kim So-eun have been confirmed for their appearance in 'Falling for Challenges' and are waiting until the first take of the drama takes place. The two have finished reading the script recently.

Young woman and man get closer to each other as well as fulfilling their future dreams through the activities in club 'Plus One'. Xiumin will star as Na Do-jeon, who works as a clown for a part time job because he feels happy when making people laugh. Kim So-eun will be a young future entrepreneur, Ban Ha-na, who works hard to open a food truck business while she tries to stop closing down of her school club, 'Plus One'.

Xiumin has recently finished filming movie "Seondal: The Man who Sells the River". Kim So-eun has presented excellent acting performances for her double roles in MBC's 'Scholar Who Walks the Night'. How the two, co-starring for the first time, would present the youthful romance is drawing attention.

'Falling for Challenges' will begin filming next week.

"EXO member Xiumin and Kim So-eun land leading roles in 'Falling for Challenges'"
by HanCinema is licensed under a Creative Commons Attribution-Share Alike 3.0 Unported License.
Based on a work from this source