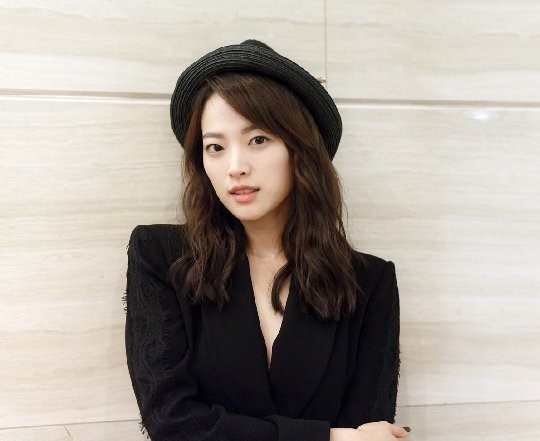 She is starring in the movie "Thread of Lies" as Man-ji's (Go Ah-sung) friend, Mi-ran.

She is the breadwinner of her family, taking care of her younger sister while her father Man-ho (Sung Dong-il) does nothing but wander outside.

She is not the star of the movie, she isn't up on the list of names for "Thread of Lies", and she's not on the brochure, either. However, she adds flavor to the drama and gets her job done.

Chun Woo-hee has been a strong character to the public eye; she performed a sex scene in the movie "Mother - 2009" with a friend and was a drug addict in the movie "Sunny - 2010".

However, this time she is different, she's an innocent high school student. She protects her sister with her life when she needs it and cries a lot from the heart. And she's about to bring the scenes to life which may initially seem boring.

Chun Woo-hee has also been working on other movies lately. She's filming the movie "Cart" now and is looking forward to the movie "Han Gong-ju" in April. She's also won several awards in the past.

"Thread of Lies" is about a mother named Hyeon-sook (Kim Hee-ae), a sister Man-ji (Go Ah-sung) and friend Hwa-yeon (Kim Yoo-jung) finding the truth to the death of 14 year-old girl Cheon-ji (Kim Hyang-gi). This drama is based on writer Kim Ryeo-ryeong. To be released on the 13th of March.

"Chun Woo-hee, forget the girl in "Sunny - 2010""
by HanCinema is licensed under a Creative Commons Attribution-Share Alike 3.0 Unported License.
Based on a work from this source