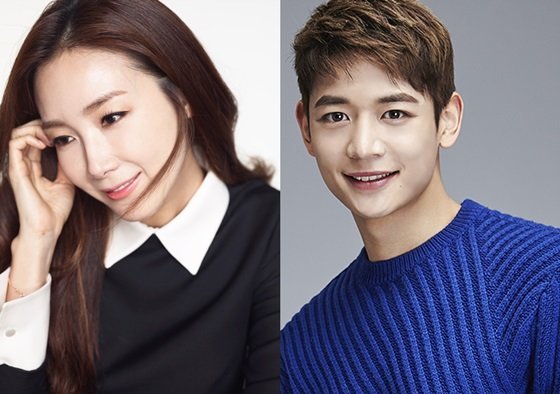 Choi Ji-woo and SHINee's Choi Minho are starring in the new tvN weekend drama "The Most Beautiful Goodbye".

"The Most Beautiful Goodbye" is based on a drama of four episodes that came out twenty-one years ago. It is one of writer Noh Hee-kyeong's most famous dramas about a middle-aged woman who sacrificed her whole life for her family being diagnosed with terminal cancer one day. She prepares ready to say goodbye to her family. Won Mi-kyung and Kim Young-ok take on the roles of the sick woman and her mother-in-law

Choi Ji-woo plays Won Mi-kyung's daughter named Yeon-soo. She has always been embarrassed of her mother's love, but dreams of being a wife like her and a mother just like her.

Choi Minho is the delinquent son, Jeong-soo. He's childish and immature, constantly upsetting his mother. But when he learns that he doesn't have much time to return his mother's favor, he changes into a different person.

Meanwhile, "The Most Beautiful Goodbye" begins in December after "Revolutionary Love".

"Choi Ji-woo and Choi Minho to star in tvN "The Most Beautiful Goodbye""
by HanCinema is licensed under a Creative Commons Attribution-Share Alike 3.0 Unported License.
Based on a work from this source