[ChanMi's movie news] Wedding bells for Ryoo Seung-bum and Kong Hyo-jin not until after November. 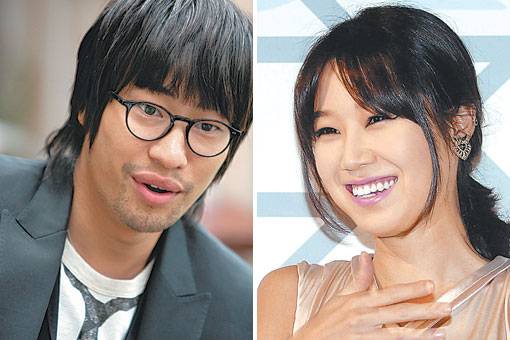 The star couple has been in the spot light for a long time. Even though the fans are waiting for the wedding dates, it seems it won't be anytime during this year.

The two stars have been very open in their dating through vacations and church going together. However, Ryoo Seung-bum will be a special guest actor in the movie "Dachimawa Lee" directed by his own brother Ryoo Seung-wan. This action movie is produced in a huge scale so Ryoo Seung-bum will be helping out his brother in this big project starting this August.

If his special casting is definite, he will be filming until this November. Ryoo will be concentrating on this movie, so there won't be any news of wedding bells ringing.

Ryoo's part will be as a gangster who in the end comes to aid justice. He will also be acting with a Ho-nam dialect, thus it will a new challenge.

"[ChanMi's movie news] Wedding bells for Ryoo Seung-bum and Kong Hyo-jin not until after November. "
by HanCinema is licensed under a Creative Commons Attribution-Share Alike 3.0 Unported License.
Based on a work from this source