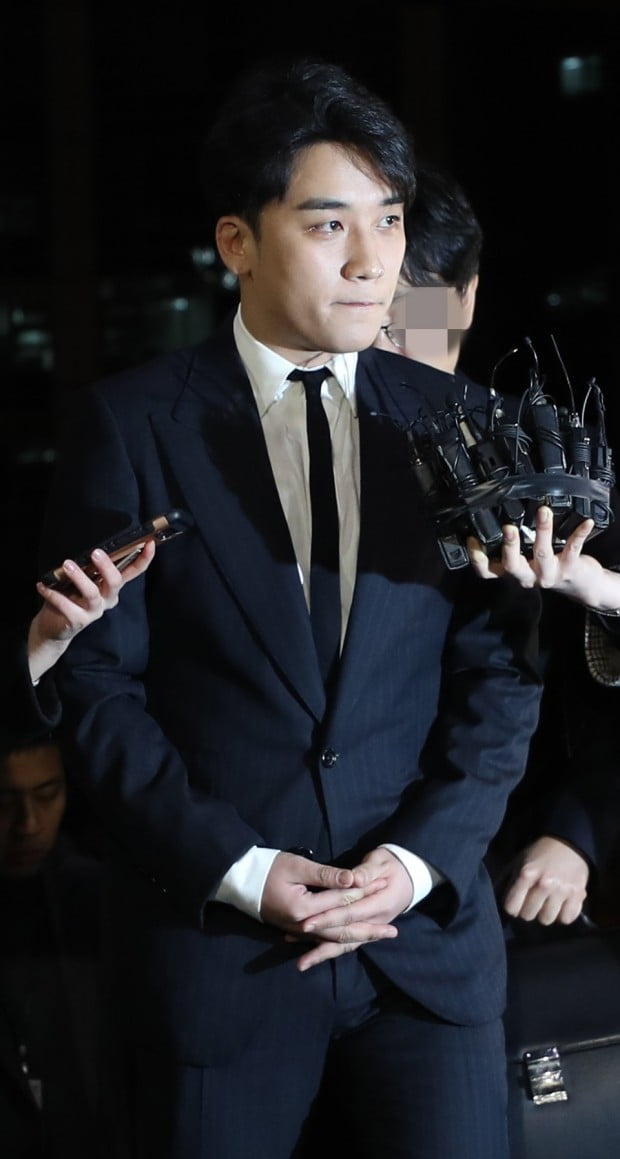 Seungri of boy band Big Bang speaks to reporters as he arrives at the Seoul Metropolitan Police Agency on Wendesday.

Seungri of boy band Big Bang was questioned by police on Wednesday night on suspicion that he supplied sometimes drugged women and prostitutes to potential investors and rich customers at his club.

The Seoul Metropolitan Police Agency said Seungri showed up voluntarily and was grilled on charges of peddling drugs at the Burning Sun club, pimping and bribing police. Police are trying to determine to what extent he was involved in the day-to-day management of the posh club, whether he took drugs himself, and how complicit he was in the other alleged crimes.

Speaking to reporters in front of the police station Seungri said, "I submitted to police today a petition seeking a thorough investigation of the charges made against me. I caused a lot of concerns and disappointment to many people. I will cooperate sincerely with the investigation so that all of the suspicions can be resolved".

He also vowed to submit to a drug test.

Earlier this week, an entertainment news website published what it claimed were text messages exchanged by Seungri and an executive at his company, Yuri Holdings, identified as Yu, urging another staffer to "take good care" of an investor from Taiwan, which apparently meant supplying hookers.

YG Entertainment, which represents him, claimed the text messages were fake and vowed to take legal action.

"Big Bang's Seungri Questioned on Pimping Charges"
by HanCinema is licensed under a Creative Commons Attribution-Share Alike 3.0 Unported License.
Based on a work from this source