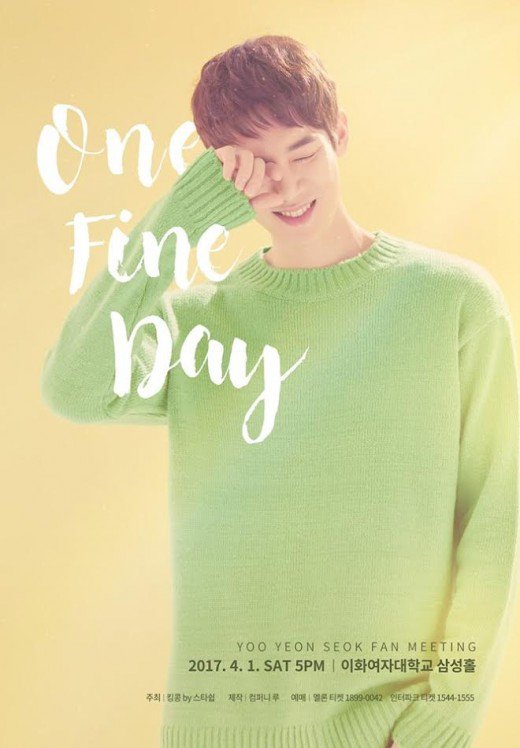 Actor Yoo Yeon-seok's fan meeting One Fine Day sold out as soon as it opened.

The fan meeting is being held in Ehwa Women's University on the 1st of April. This is his second fan meeting since 2014.

Yoo Yeon-seok has been busily preparing for this fan meeting ever since the end of the SBS drama "Dr. Romantic". He's been participating in meetings and planning's personally.

"Yoo Yeon-seok's fan meeting One Fine Day sells out "
by HanCinema is licensed under a Creative Commons Attribution-Share Alike 3.0 Unported License.
Based on a work from this source