"Yong Pal" Jo Hyun-jae, handsome guy outside of the camera 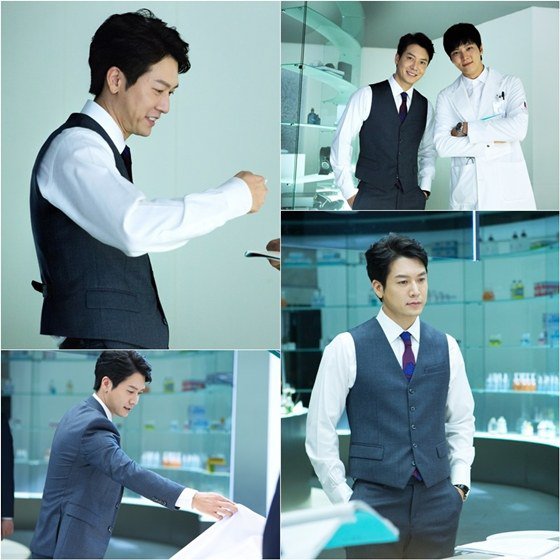 Actor Jo Hyun-jae turned out to be sweet guy outside of the camera.

Pictures of Jo Hyun-jae from the SBS drama "Yong Pal" were released on the 8th.

Jo Hyun-jae plays a nasty character in the drama. He forces his stepsister into a vegetative state to steal management rights to a company and silently kills those who know about it.

As horribly nasty as he is in the drama, in real life, he's a gentleman. The suit he's wearing and his handsome features are luxurious enough for him to be Han Do-joon in the drama.

Sources from the site say, "Jo Hyun-jae is bone chilling in the drama but outside of the camera, he looks so sweet and comfortable".

Meanwhile, "Yong Pal" is about to bring out the secrets of Do-joon and Chae-yeong's (Chae Jung-an) dark past.

""Yong Pal" Jo Hyun-jae, handsome guy outside of the camera"
by HanCinema is licensed under a Creative Commons Attribution-Share Alike 3.0 Unported License.
Based on a work from this source