Won Bin caught in a club 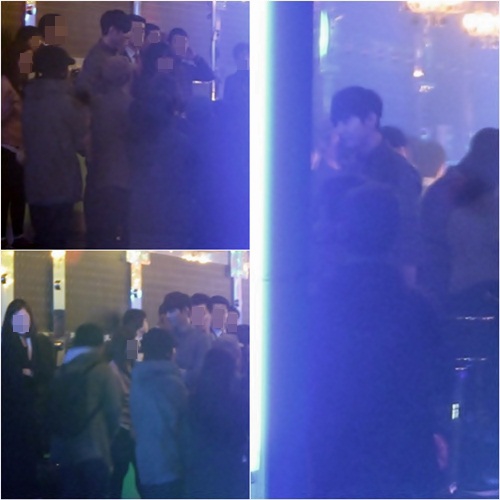 Actor Won Bin was seen in a club in Itaewon, Seoul.

A picture of him was posted online on December 12th with the title, "Won Bin seen in a club".

Looking dandy, Won Bin was at a club with blue lights. There are many people around him but not all are looking at him. This picture was taken while he was shooting a beer commercial in the club.

Netizen's say, "The picture is blurry but Won Bin is obvious", "I can recognize him from far away", "Something's awkward. Won Bin doesn't go well with clubs" and more.

Won Bin has been doing commercials ever since the movie "The Man From Nowhere" last year.

"Won Bin caught in a club"
by HanCinema is licensed under a Creative Commons Attribution-Share Alike 3.0 Unported License.
Based on a work from this source