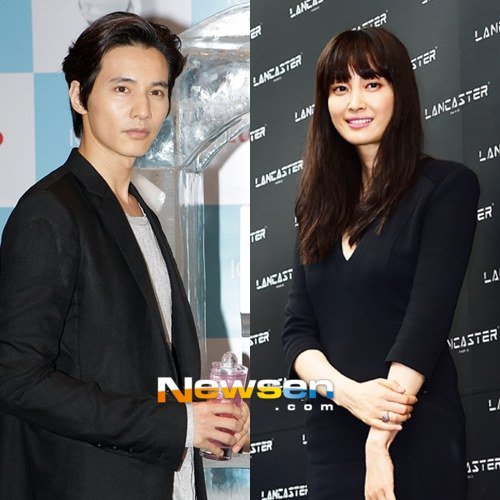 The agency for Won Bin and Lee Na-young mentioned about their comeback of the actor and the actress.

On February 24th, their agency, Eden9 said during the phone conversation with Newsen, "Lee Na-young will appear in "Sad Scene", a short film, which will be released in March. You can consider it as a signal for her full comeback. Won Bin also is reviewing scripts for his next project. His break has been somewhat lengthened, however he is preparing to meet the public through projects within this year".

Won Bin has been taking break since 'The Man From Nowhere' released 5 years ago and Lee Na-young did not appear in any projects since 'Howling', 2012. Won Bin and Lee Na-young couple stopped their appearance in dramas and movies since they announced their relationship in July, 2013. They only made presence through TV commercials, pictorials and event venues.

An official from the agency said about their lengthy break, "Selecting a good project soon has a priority to eciding when to resume activities. In fact, Won Bin had gone through a few cancellations and withdrawals of projects he was reviewing, which is part of the reason for the unintentional lengthy break".

The official also mentioned, "Won Bin and Lee Na-young are still seeing each other in good relationship. Both of the actor and the actress are enthusiastic about resuming their activities in projects. We will do our best to support them so that they can meet the public through good projects soon".

Meanwhile, Lee Na-young will come back to screen in 3 years through the short film, "Sad Scene". The film is a piece of the collaboration project between 'W Korea' and KT&G Sangsang Madang, 'Mac Movie Project - Woman, Man'.

"Won Bin and Lee Na-young still in good relationship and they'll come back soon, says their agency "
by HanCinema is licensed under a Creative Commons Attribution-Share Alike 3.0 Unported License.
Based on a work from this source