Won Bin: 'I have Come to Think About Meaning of Love' 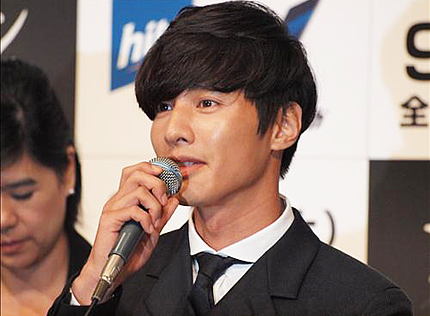 Actor Won Bin participated in a press conference in Japan before his movie "The Man From Nowhere" will be released in Japan on September 17.

The protagonists of "The Man From Nowhere", Won Bin and Kim Sae-ron, and the director of the movie, Lee Jeong-beom, participated in the press conference held at Park Hyatt Tokyo in Japan before the film will be released in Japan on September 17. During the press conference with around 300 news reporters from the major newspapers and magazines and with around twenty TV cameras, Won Bin said, "I enjoyed reading the script from the beginning to the end because I was very curious about the meaning of the title "The Man From Nowhere"." He continued, "I was very attracted to the pain deep inside Tae Sik, the emotional connection between Tae Sik and a girl named So Mi, and the way that Tae Sik tried to express love". 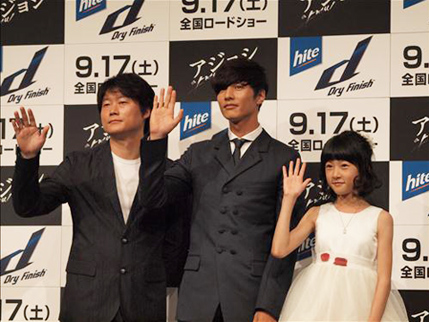 Kim Sae-ron said about Won Bin, "I did not know about Won Bin before because I hardly watch TV, but I came to find out that he was a very popular star actor, and he was very nice to me while we were filming this movie". The director Lee Jeong-beom said, "Thanks to Won Bin's ambivalent charms and Kim Sae-ron's extremely natural acting, we could produce a very good film. I had decided to cast Won Bin after watching his previous movie "Mother" because I had been very attracted to his new appearance and charms in that movie". He also explained the meaning of the title (Korean title "Uncle"), by saying, "We usually refer to a fat married man when we call someone 'uncle', but this image could be changed thanks to Won Bin, and I chose this title because it perfectly matches the theme of the movie that a man who has no relationships goes out there to save a girl". 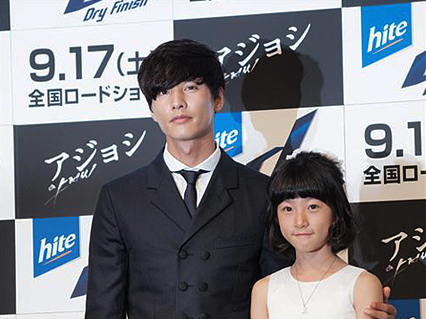 Won Bin said, "I do not want to be called 'uncle' yet, but anyway I have come to think about the meaning of love with a completely different point of view through this movie. I could find out that there is a love that makes people want to help and want to take care of others, which was shown between Tae Sik and So Mi".

"Won Bin: 'I have Come to Think About Meaning of Love'"
by HanCinema is licensed under a Creative Commons Attribution-Share Alike 3.0 Unported License.
Based on a work from this source