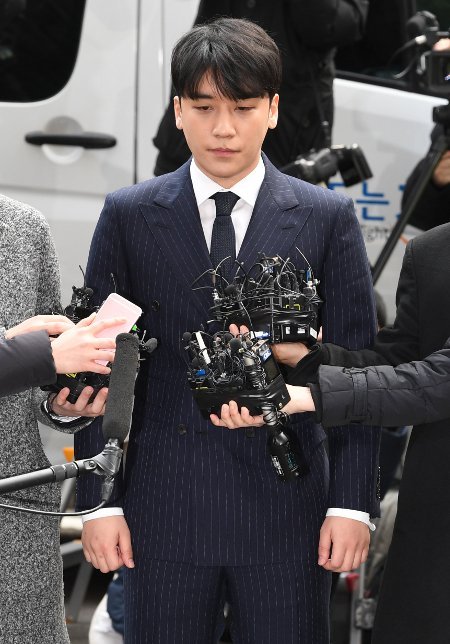 A spokesman for the Seoul Metropolitan Police Agency told reporters, "We summoned four or five women for questioning when they were found to have been involved in the case and some gave corroborating testimony. Some of the men involved gave similar testimony".

The singer and his business partner, identified as Yoo (34), are accused of arranging escort services for at least one Taiwanese investor in another nightclub in the swanky Gangnam area.

Seungri also faces allegations that his own nightclub, the Burning Sun in the same area was a hotbed of prostitution, sexual abuse and drug peddling. The pop star claims he only held a nominal share in the club and allowed his name to be used but was not involved in running it.

Police also found evidence of embezzlement by the two.

A senior police superintendent also faces charges for being on the take and tipping Seungri off about any impending police raids on Gangnam nightclubs. Identified as Yoon, the officer was allegedly given free tickets for Big Bang concert by Yoo, who is the husband of actress Park Han-byul.

"Witnesses Corroborate Pimping Charges Against Seungri"
by HanCinema is licensed under a Creative Commons Attribution-Share Alike 3.0 Unported License.
Based on a work from this source