Will SBS's Drama Empire Reclaim Its Reputation With Genre Dramas This September? 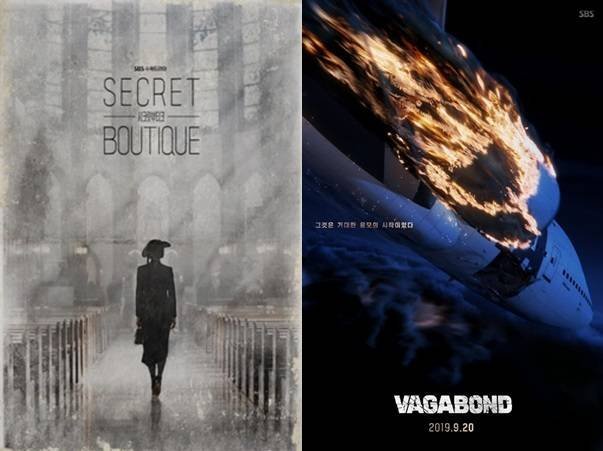 It is a banquet of genre dramas. Coming up in September on SBS are genre dramas about survival and spies.

The SBS drama department has shut down Monday / Tuesday dramas for the time being, and replaced them with TV shows. Meanwhile, "Secret Boutique" is anticipated to take over Wednesday / Thursday, while "Vagabond" takes over Friday / Saturday. The concepts of the main cast are completely different, but they share a common factor that they have strong personalities. We take a look at the themes and things to look out for in the following two dramas. 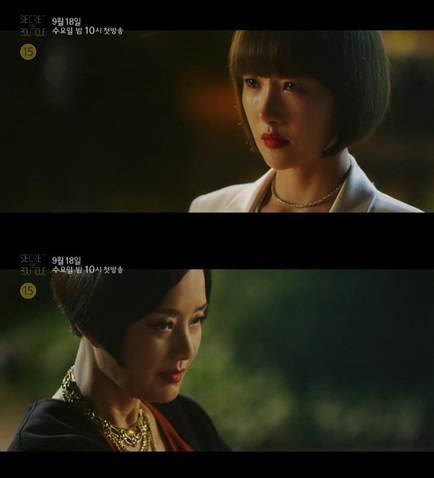 - "Secret Boutique" and its overwhelming cast

"Secret Boutique" tells the story of Jenny Jang, who goes from public bath masseuse to a servant of the chaebol Deo Family and aims to become the queen with her ultimate weapon of 'international city development'.

In other words, the drama is a thriller about the power games women play for power, revenge and survival. From the mysterious poster you can get a glimpse of the vibe of the drama. The main expectation is that it is a psychological warfare of figures seeking the post of chief executive.

With less than a month to go before its broadcast, charismatic actresses make up the cast. Kim Sun-ah plays Jenny Jang, the owner of J Boutique who is after the chief executive position. The teaser poster shows her in a red blouse and a miniskirt and a smart bob cut.

Jang Mi-hee plays Kim Yeo-ok who doesn't even mind the falling wheelchair in the room. She threatens a small child saying, "Who do you think people will believe, you who just got here or me, the lady of the house?"

The drama begins on the 18th of September. 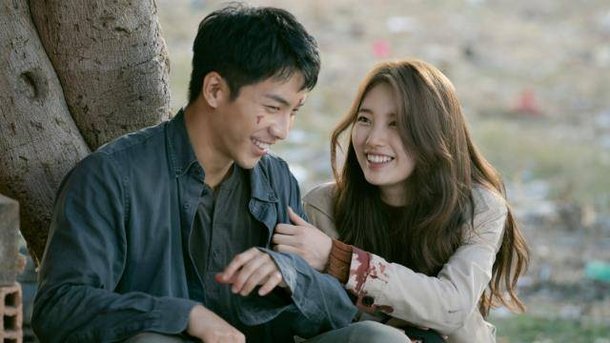 "Vagabond" is a drama about a man who becomes involved in the case of a commercial airline crash and uncovers the hidden truth of a huge national corruption scandal.

It is helmed by PD Yoo In-sik and written by Jang Yeong-cheol and Jeong Kyeong-soon-I. The cast is made up of Lee Seung-gi, Suzy, Baek Yoon-sik, Moon Sung-geun, Lee Kyung-young and more.

Lee Seung-gi takes on the role of Cha Dal-geon, a former stuntman, and leads the life of a chaser due to an incident. It is expected of him to put on an impressive action performance and deep emotional displays.

Suzy is Go Hae-ri, a National Intelligence black ops agent. It is one of the key points of the drama to watch Go Hae-ri's detailed emotional changes and her experience throughout unexpected events which cause her to grow further.

The drama begins on the 20th of September at 10PM.

"Will SBS's Drama Empire Reclaim Its Reputation With Genre Dramas This September?"
by HanCinema is licensed under a Creative Commons Attribution-Share Alike 3.0 Unported License.
Based on a work from this source