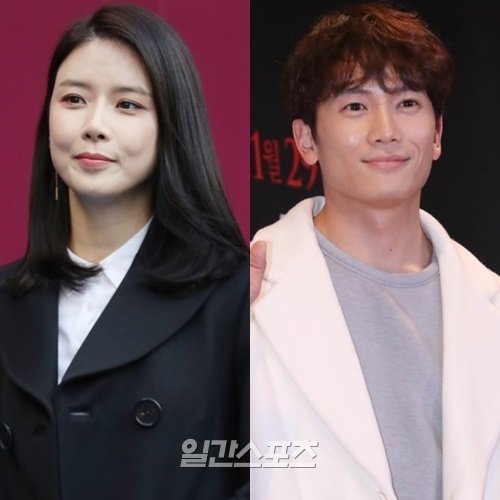 The SBS Drama Awards is coming up and one of the categories will be a battle between husband and wife.

The most likely Grand Prize winners are Lee Bo-young and Ji Sung from "Whisper" and "The Defendant", both of which were successful dramas.

Lee Bo-young took on the role of Sin Yeong-joo who quits her job as a detective to protect her righteous father in "Whisper". It was Lee's first drama since having a baby and she was the same charismatic actress. In the drama, she uses the law to her advantage and falls in love with Lee Sang-yoon (Lee Dong-joon) while chasing justice. The realism in Lee's acting made her a standout during the drama's run.

In "I Hear Your Voice", Lee Bo-young was a lawyer, a role that earned her the Grand Prize in 2013. This time she played a detective. Both characters are involved with the law. Although she disguises herself as an assistant for a time in "Whisper", she never lost her dignity as a detective. The drama rated 20.3% on average.

Ji Sung played the character of Park Jeong-woo in "The Defendant", a prosecutor who was framed for murder and sentenced to life. He had many extremely emotional scenes and he lost six kilograms before he started the drama. He listened to music to control his emotions for every scene and made sure he looked the part with his weight loss, bloodied lips, and pale face.

His emotional delivery was outstanding. He was put in a situation where his character thinks he killed his wife and child without remembering it. His fatherly love for his child was tear-inducing, especially when he found the body of his child. In the MBC drama "Kill Me, Heal Me", he took on a character with seven personalities for which he took home the Grand Prize. "The Defendant" broke that record by scoring an average of 28%, proving how well-loved and valued Ji Sung is.

"Will Married Couple Lee Bo-young and Ji Sung Go Head to Head at SBS Drama Awards?"
by HanCinema is licensed under a Creative Commons Attribution-Share Alike 3.0 Unported License.
Based on a work from this source