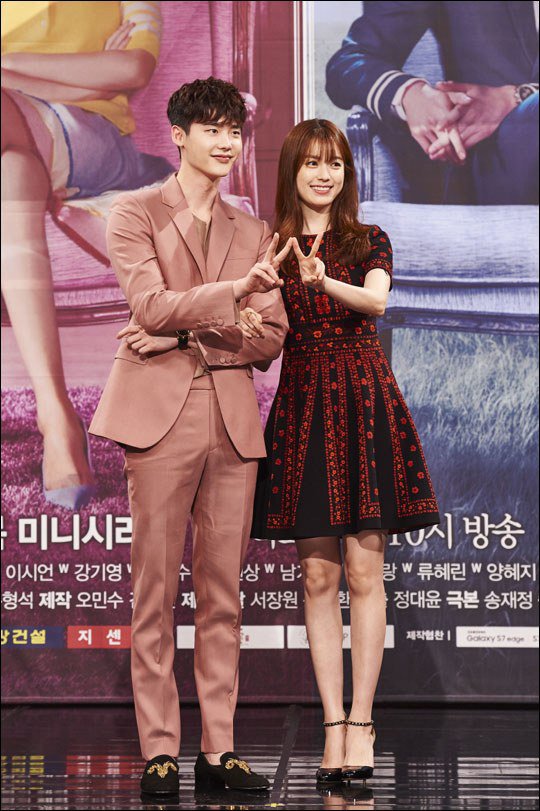 While "Lucky Romance" starring Hwang Jung-eum and Ryu Jun-yeol ended in third place recently, many people are awaiting the highly hyped "W". The leading drama at the moment is "Uncontrollably Fond" starring Kim Woo-bin and Suzy. It is very possible for "W" to rebound.

"W" is written by Song Jae-jeong and directed by Jeong Dae-yoon.

Song is famous for his unique selection of genre and he is doing the same again. "W" is a romantic suspense melodrama that goes back and forth reality and fantasy.

Yeon-joo lives in the reality world and Kang Cheol lives in the fantasy. The story starts with imaginations such as, "What if a woman falls into the web-toon world and falls in love with the male character?", "What if she realizes that she's meant to be the leading character of a famous comic?" and "What if a character from a comic comes alive and leaves the hands of the artist?"

At the premiere of the drama on the 18th, director Jeong said, "I planned on making this drama mostly pre-produced and we have completed 8 episodes. There is imagination that no other drama has presented before. It was hard but it was worth a try". 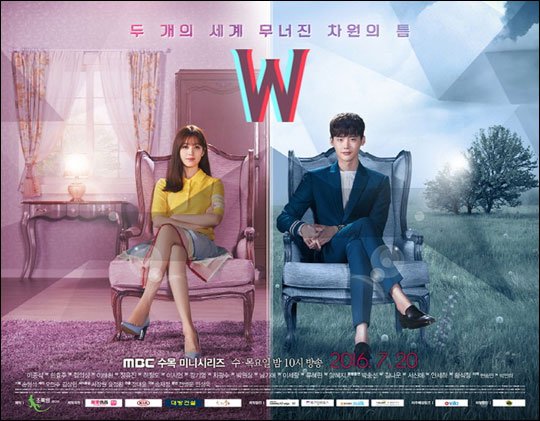 He continued, "There's a lot to prepare and many parts of the drama required after-touches so not all of it could be made ahead of time. We referred to various resources like dramas and movies".

There are some parts which might be tough for the viewers to understand. Jeong said, "The imagination itself is unique and nothing like this has been seen before in Korea. I am worried how the public might accept this".

Jeong added, "Genre dramas are becoming popular and I standardized the colors in reality and the web-toon to let the viewers understand better. The parts of Lee Jong-suk and Han Hyo-joo are important as well and they have done a good job so far".

The drama is expected to be an MBC savior. Director Jeong hopes the first episode brings it up to 24.2%.

Lee Jong-suk is back with "W" since "Pinocchio" as a former gold medalist and current venture entrepreneur named Kang Cheol.

Lee Jong-suk said, "Anyone would have wanted to be in this drama. It's not like any drama you'll meet again". About his character he said, "I don't think he's different in reality nor fantasy. Visual is important so I am taking care to wear the right clothes.

About his best friend Kim Woo-bin's "Uncontrollably Fond", Lee Jong-suk said, "Kim asked me to be in his drama for a special appearance but that fell through because "W" is broadcasting at the same time". 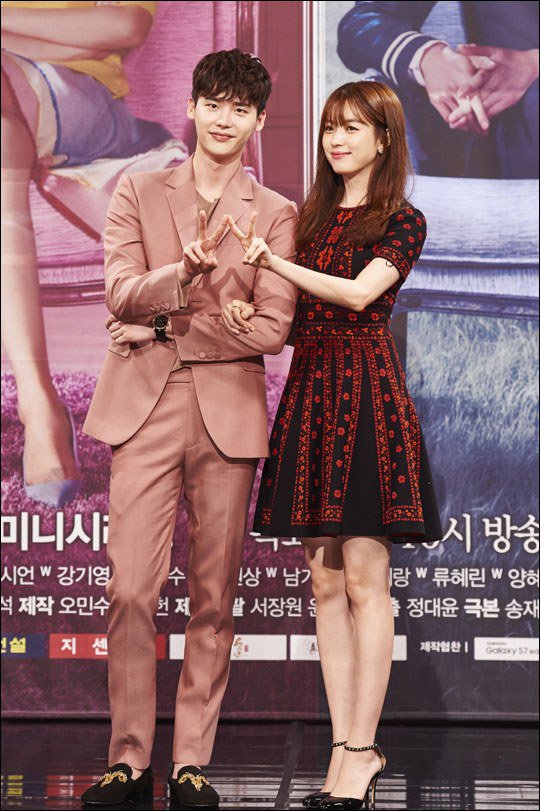 Han Hyo-joo takes on the role of a second-year resident doctor named Oh Yeon-joo. She is back for the first time in 6 years since "Dong Yi" in 2010.

Han Hyo-joo said, "It's been a while since I've been in a drama and I think it's a great one. I can't wait to see the next script".

"I wanted to try something dramatic and "W" is a dream come true for me. I feel pressure because it's been a while since I've been in a drama. I haven't been able to sleep for a few days now".

About her first impression of Lee Jong-suk, she said, "He was fair, long and had a good voice. He is perfect in the drama. He's good looking, sexy, rich and well-mannered".

"There are so many kiss scenes with him. I cut my hair to make myself look younger and I am very charming to Lee Jong-suk".

About Suzy, Han says she never thought of her as a rival.

"I think society instigates rivalry. It's more important what kind of drama we are making. I am more concerned about what they say about me and not about others. It's also important to enjoy this drama as an actress".

"Will Lee Jong-suk and Han Hyo-joo's "W" overtake "Uncontrollably Fond" Suzy and Kim Woo-bin?"
by HanCinema is licensed under a Creative Commons Attribution-Share Alike 3.0 Unported License.
Based on a work from this source